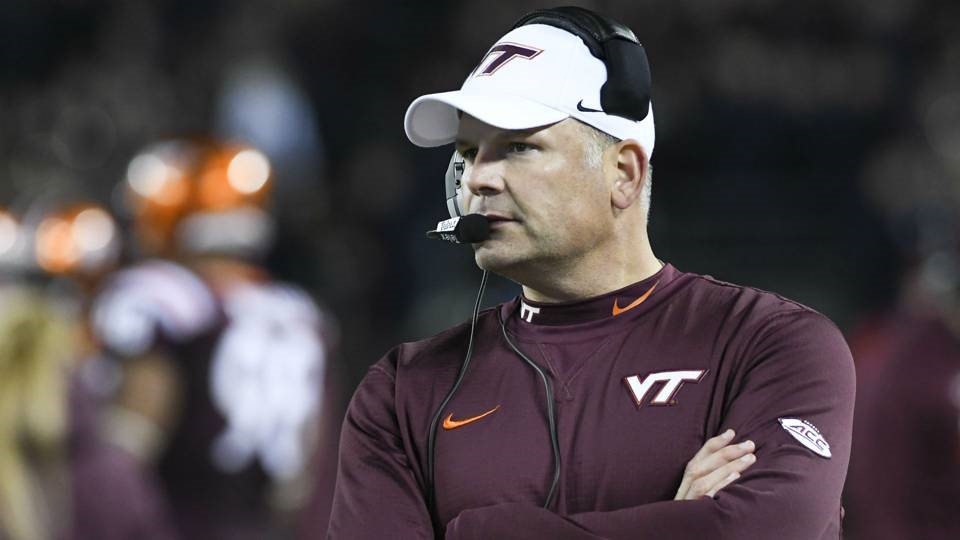 COVID-19 COACH OF THE YEAR

The COVID-19 impacted college football season needs another award added to the post-season list: “COVID-19 Coach of the Year.”

Virginia Tech’s Justin Fuente is the clear front-runner for learning to adapt to the pandemic that has altered nearly all phases of game planning. He’s team that had its opener against Virginia postponed is now 2-0.

His Hokies took home a 38-31 win over Duke (0-4) Saturday at Wallace Wade Stadium without 21 players and two coaches, including defensive coordinator Justin Hamilton, that were sidelined by COVID-19 protocols. A week ago, the Hokies routed N.C. State 42-24 while without 23 players and Hamilton due to COVID-19. Ryan Smith also missed the Duke after he had filled Hamilton’s DC role last week.

The 21 players Virginia Tech lacked at Duke included seven defensive backs. Among them were three of the DBs on the two-deep depth chart, starting cornerback Jermaine Walker, starting corner Armani Chatman and backup corner Devin Taylor. But Duke still had had trouble throwing the ball, thanks to the Hokies’ pass rush.

Bo Schembechler must be rolling over in his grave at the thought of Fuente winning two games with such a limited roster.

In 1973, the NCAA the imposed scholarship limits of 105. It reduced the number to 95 in 1978 and then to 85 in 1992. Old-school coaches like Bo Schembechler, Michigan’s College Football Hall of Fame coach, feared for the future of the game under such limitations.

Try telling that that Fuente.

QUICK ON HIS FEET

Duke’s Jaylen Stinson looked a Gold Glove shortstop running behind second base to scoop the bouncing ball at the goal line. He controlled it as he crossed the goal line and fell into the end zone with the Blue Devils’ first six points.

But Stinson, a 5-foot-8, 165-pound true freshman safety, actually made the play at the 20-yard line.

When Virginia Tech’s punt returner dropped the catch and the ball bounced away, he fell with other players from both teams in the scramble for the loose ball. Stinson quickly bounced to his feet and rounded the pileup at full speed. The rounding gave him the perfect angle to scoop up the ball for the score.

Duke’s inconsistent offense leaves no room for mistakes to spoil scoring opportunities or for the defense to extend an opponent’s possession. The Blue Devils committed three such bonehead penalties against Virginia Tech.

— Redshirt sophomore linebacker Rocky Shelton roughed Virginia Tech quarterback Braxton Burmeister with a shove out of bounds. The play was a third-and-7 incomplete pass from the Hokies’ 43-yard line. Instead of punting, Virginia Tech gained a first down and scored a touchdown two plays later on a 12-yard pass from Burmesiter to James Mitchell to tie the game 7-7.

— Redshirt junior tight end Jake Marwede was flagged 15 yards for a personal foul on a block in the second quarter. Added on to a 4-yard loss on the play, Duke faced 1st-and-29 instead of 2nd-and-14. On the next play, Damond Philyaw-Johnson caught a pass for 18 yards. But instead of a first down, it set up a 2nd-and-7, then a third-and-8 and then a punt.

— Sophomore wide receiver Jalon Calhoun gained a first down on an 8-yard reception in the third quarter, but he was flagged for a facemask penalty. Instead of first-and-10, Duke faced third-and-11. The Blue Devils punted two plays later.