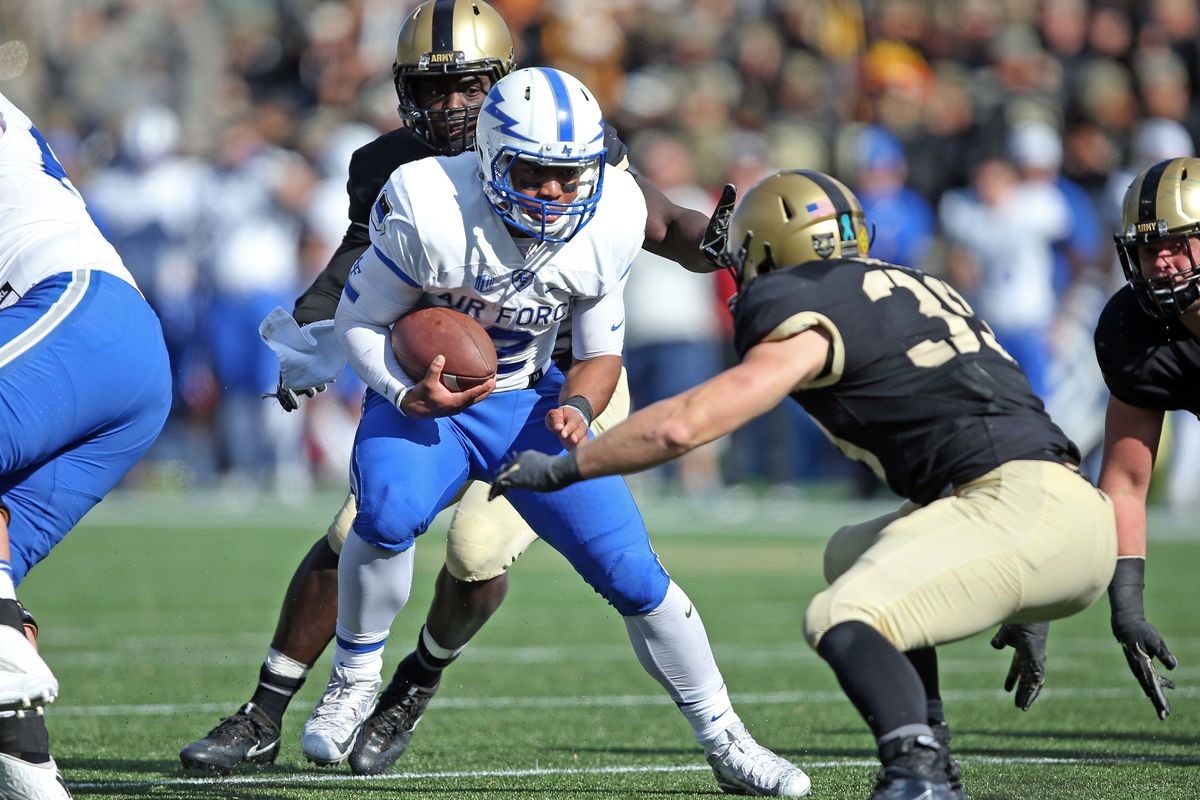 #AFAN (Air Force/Army/Navy) stories: My series is about more than academy football players. These stories are about future officers selflessly committed to serving their country during a seemingly endless war on terrorism. There are only 0.5 percent Americans making up the military. Throughout our history Cadets and Midshipmen have answered the call to serve in times of war, but this is a generation of volunteers.

Jer-uh, I have a great idea that you and the NFL should embrace.

You’ve been a leader at driving innovative NFL marketing and promotion. That’s one of the reasons you’re in the Pro Football Hall of Fame as the owner of the Dallas Cowboys. The week of the 120th Army-Navy Game is a good time to suggest my idea to someone with your pull.

The Army and Navy players will be rightfully celebrated for their selfless commitment to serve their country in a time of an endless war on terrorism. No one should underestimate the sacrifices they and their families endure. Sadly, that’s what most of the country does.

Certainly that’s a fair view if we consider the indifference from the public to reporting in the “Washington Post” about the government’s lack of strategy in the Afghanistan war. It sounds like this era’s Vietnam Pentagon Papers, but with no draft, there has been a ho-hum response from the general public. The military no longer touches every street.

Sports is always a good way to get people on the same page. Sports has broken barriers and helped educate the nation on integration from success of individual athletes such as Jesse Owens at the Berlin Olympics to Jackie Robinson breaking the Major League Baseball color line.

To emphasize their dedication, we need more than the Army-Navy Game’s once-a-year attention on academy football staged alone the final week of the regular season. As it is now the Air Force-Navy game in October and Air Force-Army game in November are lost among the flurry of games across the country.

What do you think about bookend games celebrating military academy football. A lone season opener, similar to Army-Navy as the lone regular-season ending game, could be played with Air Force in alternate years facing Army and Navy. It’s a fitting tribute to academy football.

It also would bring more attention to the Commander-in-Chief’s Trophy – the round-robin series between the academies — that Navy hopes to sweep with a win on Saturday over Army.

Maybe it’s not problematic, but it’s worthy kicking around.

If you and the NFL got behind this idea, it could do a lot to make amends for the NFL’s “paid patriotism.” It was exposed four years ago NFL teams were posing as putting on shows to support the military, but in reality they were taking large payments from the Pentagon meant to boost recruitment of volunteers.

What better recruitment poster than a C-i-C game in your stadium?

Throughout the season, I asked Army, Navy and Air Force players what they thought of my idea. Nearly all of them loved it. One reason is Army and Navy players readily admit their games against Air Force are just as passionate and physical as the Army-Navy Game.

The public just doesn’t know it because the Air Force rivalry games don’t have a century-plus history with the pageantry that comes with the grandest rivalry in college sports (if you don’t believe that, you’ve never been to an Army-Navy Game). The Air Force Academy wasn’t established until 1954 and the first football season was 1957.

Only one player doubted it was a good idea, Army senior cornerback Elijah Riley. He is considered an NFL prospect, but the reason he gave me suggests he also has a coaching future. To wit, he’s already thinking like a coach.

“I think those games are better off left for later in the season,” Riley said. “Both teams can play their best in that situation. The first game is never a college team’s best.”

It’s a valid point. Coaches always fret about playing a big game too early in the season. But the rest of the players I spoke with sounded like fans that understand the magnitude of C-i-C games. In addition, the list of players with their comments below includes one with NFL bloodlines, Air Force wide receiver Geraud Sanders.

Jer-uh, you can help more people understand the selfless commitment of the players and the classmates in the stands. With so many military bases in Texas and the Southwest, add another chapter to your Hall of Fame career.

“That’s an interesting thought. I like that idea. The players that have said the Air Force game is just as tough are absolutely right. In any service academy game people give it 100 percent. It’s always a fight. I’m not one to say there needs to be a special stage to make it more special, but that’s a cool idea. It’s a helluva an idea!”

“I think that would definitely bring more attention. The Army-Navy game has more attention because Air Force hasn’t been around as long (founded in 1954 with the first football season in 1957). I like the set up we have now, but it would be interesting to see Air Force playing in a big game at the start of the season.”

“That’s a cool idea. I’ve always thought it was funny that the Air Force game is so important to the CiC race, but it’s shoved into the middle of the schedule and barely noticed. At school, people do a really good job with pep rallies. It would definitely add to the game. I would think the Air Force guys would love it. It would be a time they’re not overshadowed by the Army-Navy Game. But nothing can match the hype of the Army-Navy Game. Nothing can touch that. I’ve been there as a fan – we lived 45 minutes outside of Philadelphia and my dad took me to the game – and it’s a special experience.”

“I think that would be a great opportunity for us. Those games are electric, beginning to end. It would be awesome to play in one of those big stadiums before a big crowd, but either way the games are great. The difference with the Air Force games is they are played on home fields so every other year you’re playing them before a hostile crowd. That’s fun, too.”

“These are true rivalry games because of the brotherhood. We respect each other. We love each other and want to beat each other at the same time. Once you get that fire in you, it’s with you the rest of your life. I didn’t realize that until I was out there for my first time.”

“I think entertainment value would be special as the only game playing, but I don’t think the game itself would be any different. Those games are the most spirited I’ll ever compete in. But it doesn’t matter when the games are played. Those are two tough teams we play.”

“The magnitude of the game against Air Force is pretty equal with the with Army-Navy Game. I think it’s a good idea. A lot more people would be interested in watching it. We’re all services academies and the games mean a lot to people at the academies. They are the main games of the season. We’re all playing with the same mission, the same heart and competitiveness.”

“I think the Army-Navy Game is a really cool thing, and I think Air Force would like to be involved in a game like that. With the service academies, we all respect each other equally. On the outside, most people don’t think about Air Force. I think it would be a great idea.”

“It’s a good idea, but I like how the games are positioned now. We know we can be in control of the CiC after Air Force and Navy play. There is a brotherhood in these games. The academy games are different. It doesn’t matter the records. It’s an all-out brawl.”

“The Army-Navy Game is a big showcase, but we’re all brothers in these games and the quality of play is the same. Everyone in the service academy talks about the games. I’m sure they feel they deserve a game like that, but any year the service academy teams come to play.”

“The spotlight they get at the end of the year is cool. Everyone tunes into that game and for us to get that opportunity would be great to show what we can do. It would be for all the military – Army, Navy and Air Force. Plus, we wouldn’t have to play the game when it was cold. I know they those guys love their game, but it’s cold for the Army-Navy Game. It would be nice to play in August.”