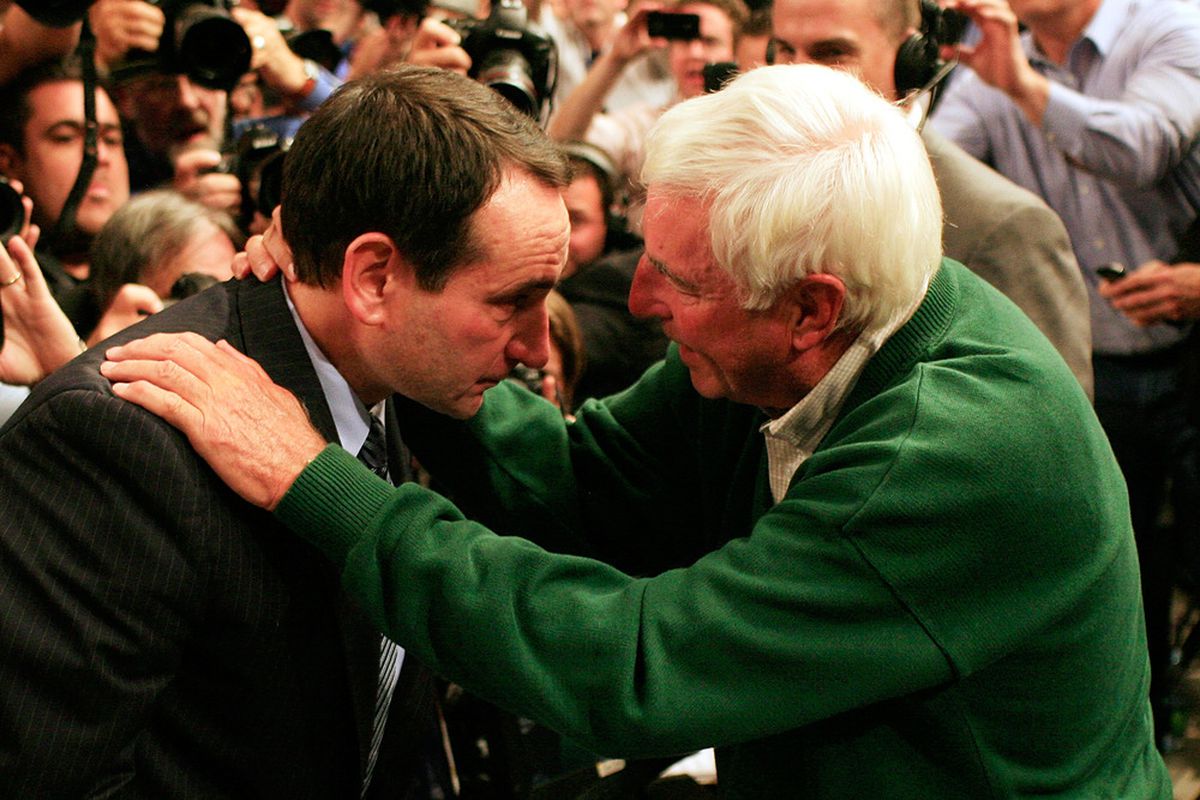 Looking back on Coach K

The first time Mike Krzyzewski crossed into my basketball circle was decades ago, although I was unaware who he was. No one knew the future Coach K was on a course to fame that started as an Indiana graduate assistant coach under his mentor, Bobby Knight.

Krzyzewski, by then a retired Army captain upon fulfilling his West Point military commitment, had played for Knight at Army, graduating in 1969. Knight later helped Coach K land the Army job when it opened after Krzyzewski’s Indiana apprenticeship.

But I long wondered what Krzyzewski, then a 27-year-old, learned from Knight’s better side from events engulfing a fateful Jan. 4, 1975 afternoon at Michigan State’s Jenison Fieldhouse. Indiana’s No. 2-ranked team played the Spartans, a team coached by the classy Gus Ganakas.

I was a Michigan State freshman, not yet a writer for the “State News” campus paper, watching from a center court seat. The sellout crowd was stunned as it watched Michigan State’s black players walked out on their coach.

Knight, already a lightning rod for his temper, had learned of the walkout when his team arrived at Jenison for the afternoon game. He asked Ganakas how he could help, including offering to have Quinn Buckner, the Hoosiers’ team leader and an African-American point guard, to speak to the Spartans..

“I recall that very well,” Ganakas told me five years ago before his death in 2019 at age 93. “When I came to Jenison, Indiana was already there and Bobby knew there was a problem. He volunteered Quinn, and I appreciated it. But at that time I hadn’t decided what to do with my team. The walkout was in the morning (team meeting) at the Kellogg Center. I hadn’t met with them yet when they arrived at the locker room.”

Although Krzyzewski didn’t travel with the team that day, I’ve always thought he gained an early lesson from Knight on coaches supporting each other. I was able to ask him years later as Duke’s Hall-of-Fame coach.

“During that time — Coach Knight especially — everybody coached for the same reason,” Krzyzewski said. “It was for the love of the game and love of the kids. That’s not why everyone is in coaching now.

“You showed empathy for everyone in the game. If someone was having a problem, you reached out. It wasn’t about money or fame or whatever. It was about the game. People had passion and love for the game and they took care of each other.”

Ganakas also later learned about the future Coach K with time. I had asked him about it five years ago.