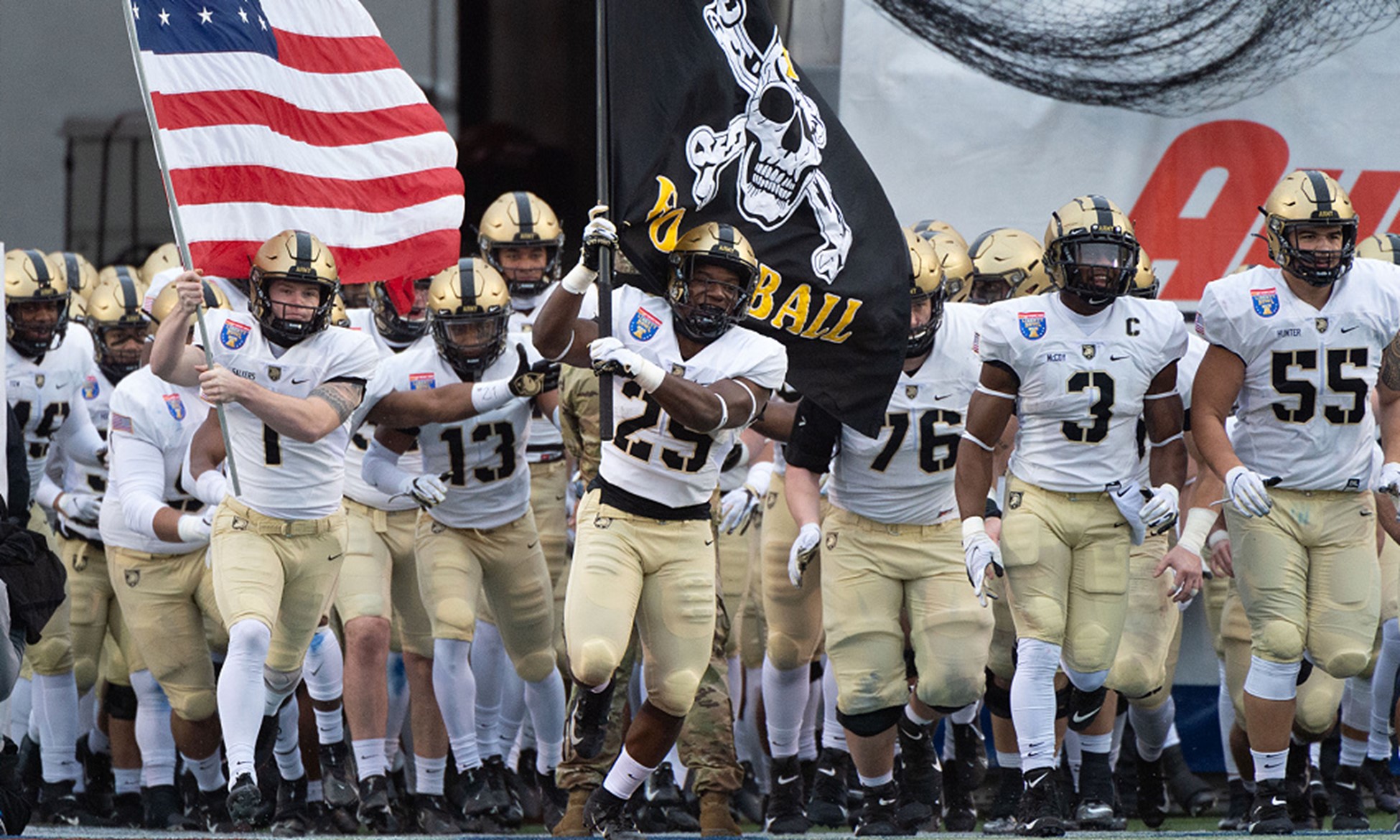 Army football coach Jeff Monken appeared on a Zoom call not long ago to talk about the Black Knights’ spring game, so I jumped on it. As usual, he offered interesting insight on some players developing into productive Division I talent.

One of the players mentioned was tight end Joshua Lingenfelter, a 6-foot-3, 240-pounder positioned to break into the starting lineup as a junior in the fall. He played in 10 games last year, although he played behind a senior, The academies are developmental programs. They recruit from a shallow pool of talent. A head coach and his staff either develops 2-star recruits to compete as Division I players or they flounder.

But, of course, Monken added the usual coach speak before he finished: “If we had to play a game today, we’re not ready.”

That’s what coaches do. Some things never change, but modern college football is transforming – rapidly — 2022.

The wild, wild West is upon us.

The Monken interview soon shifted to Name, Image and Likeness – a new era allowing college players to cash in beyond a scholarship. It’s been nearly a year since the NCAA threw in the towel on its long-standing fight to maintain “shamateurism,” announcing on June 30 the NIL industry is open for business.

“You would think,” Monken was asked, “that good All-American kids, who are brilliant, who go to this school, would be prime candidates for this for NIL.”

“I think the academy would be a good place for those people who would want to spend (NIL) money,” he said. “They’ve got not only a great platform – we’re on national TV about every week – we have great young men who are playing at a high level and wining a lot of football games. They’re going to professionally go on and do great things. They can have a person that goes from being a football player who can represent a product or whatever it is to later as a professional person as well.”

But this is a good idea without a landing spot.

The Army, Navy and Air Force football teams answer to a higher calling than the NCAA. It’s the Pentagon. And The Pentagon won’t allow service academy players to participate in NIL opportunities.

When NIL debuted last summer, there initially was a feeling out period between athletes and sponsors. No one knew what to expect. Deals eventually evolved from modest double-digit backyard endorsements for the day on Twitter to ongoing payments on a national scale. There are reports of elite quarterbacks at a school like Alabama have a seven-figure earning power.

Boosters always find a loopholes to manipulate recruiting, and NIL has been no different. They’ve formed collectives to pool money to entice athletes outside the purvey of the coaches. Soon enough, high school recruits added to their commitment check list:

And not necessarily in that order.

Duke basketball announced the latest shift a week ago. The Blue Devils hired former Nike “bagwoman” Rachel Baker to the position of general manager. She will help athletes navigate NIL and other opportunities.

After all, college football excesses historically begin in the SEC. Alabama coach Bear Bryant, a master at finding loopholes while signing players to a 140-man rosters simply so the other 70 or so players wouldn’t line up against him for Auburn or his other rivals. Bryant also was the first to build exclusive jock dorms. The whole time he was spinning his southern charm on the media that ignored he resisted desegregation until 1970 — one of the last half-dozen southern programs to do so.

The NCAA eventually placed scholarship limitations and ruled that dorms must represent at least 51 percent of the general student body.

The latest NIL development has been changing the nature of spring football. It used to be about players establishing themselves as No. 1 on the depth chart prior to returning to campus for fall camp. Now, coaches fear releasing a depth chart to slow down traffic to the transfer portal.

I wondered if a player returning as backup in 2022 was amused by the attitudes taking over college football. I asked Lingenfelter, who played a backup role in 2021 as a sophomore, about sticking to his commitment. Academy athletes are free to leave during their freshmen and sophomore seasons with no strings attached. But when they return for their junior year, they sign up to a commitment of two more years of school followed by five years active duty as a young officer.

“It’s an easy commitment,” Lingenfelter said on the eve of the spring game. “I grew up military family. It’s something I aways wanted to do. I had good days and bad guys obviously. I came here not highly recruited. I wanted to do the military in future and football was the vehicle.”

His immediate family includes two Air Force veterans, but he said he was an easy recruit from West Point. His grandfather served in the Army in Vietnam.

“Listening to his values, he was the kind of man I aspired to be. I had no interest in flying over the action. I want to be in it.”

For now, Army is on the sidelines for NIL. But if the Pentagon wisely reevaluates, Monken believes there would be no shortage of offers, including from Army’s alumni base. Many that served went on to successful business careers and donate back to the West Point football.

“You look at our alumni,” Monken said. “Some of our alumni are guys that could be spending NIL money if they had the opportunity.”

The balance between service academy football and the Pentagon has long been an uneasy one. Until now, it has been primarily about the Pentagon granting permission or not for an academy graduate to pursue an NFL career.

“We may never have opportunity to take advantage of (NIL),” Monken said. “And that’s OK. Our guys are here for a higher calling. It’s not about individual Name, Image and Likeness. It’s about playing this sport for them.

“But that doesn’t mean it wouldn’t be nice to earn something form Name, Image and Likeness. They don’t’ have a desire to do that. It’s not part of who we are as an institution. I commend our guys. They know that. They have a chance to check out if they want to, but they stay. It speaks to the type of people they are and the commitment they’ve made to this institution to be leaders in the Army. They have a brotherhood.”