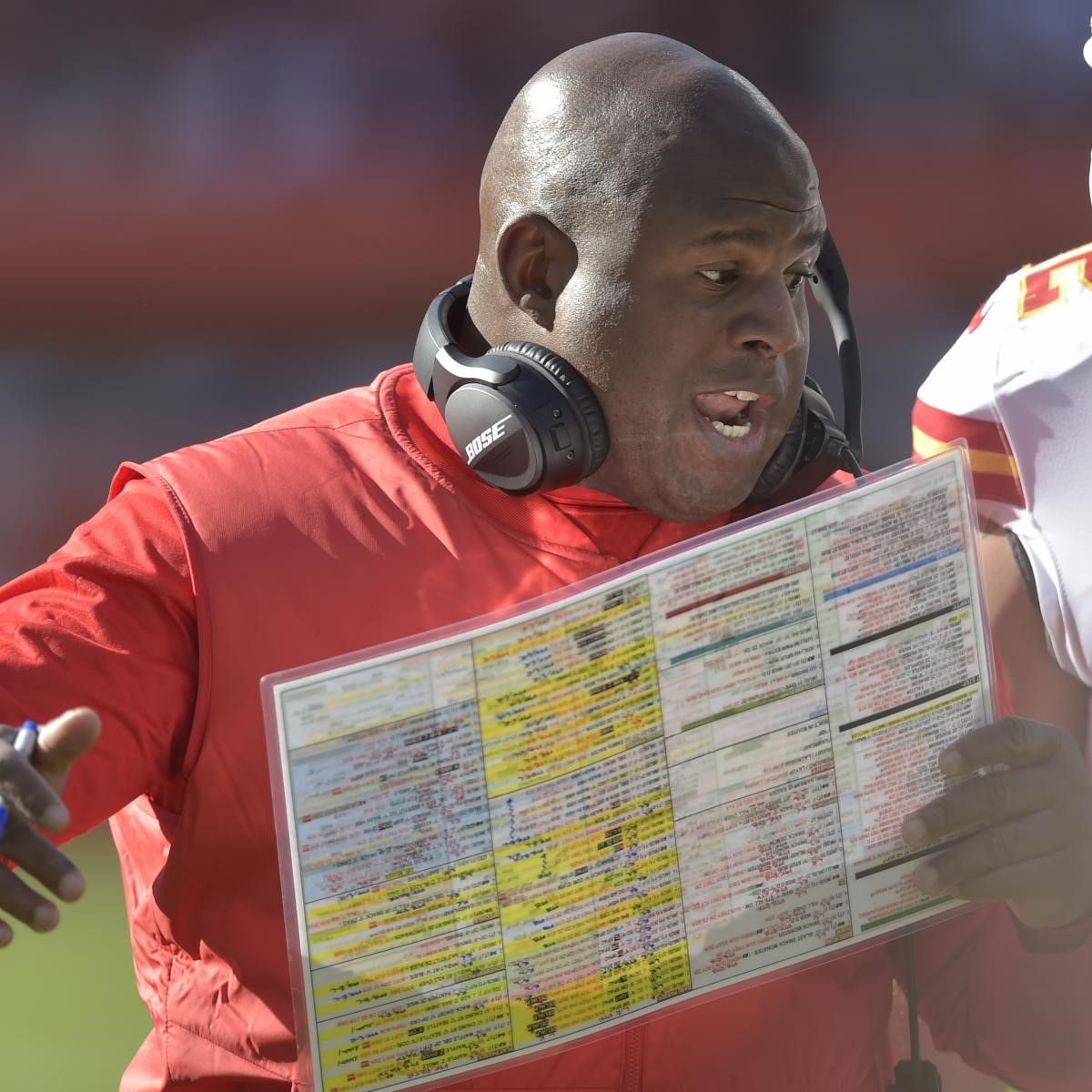 PHOTO: What if Eric Bieniemy’s name was Eric Hackett?

The NFL wants you to believe it works unadulterated to solve its long-standing problem of failing to consider Black candidates as a general manager and a head coach. “Sham interviews” are current buzz words, but the practice dates back decades.

The latest example of the NFL planning its latest dubious effort to address the issue was reported on Wednesday by ESPN. It obtained a memo that had been sent on April 8 to NFL owners about a May 23-24 seminar. Teams were instructed to nominate 64 diverse candidates to provide networking opportunities with owners and high-ranking executives.

There was no mention if John Elway was expected to show up for the seminar bright-eyed with a good night’s sleep.

The problem isn’t the idea of seminar. It’s that the NFL is playing a shell game.

The seminar has worked in the past and was nevertheless abandoned by the NFL – twice. Similar seminars were staged 1998 to 2008 and in 2013 and 2014. Why? Maybe it was too successful.

Ron Rivera, a Hispanic, participated in the first iteration from his years as a San Diego Chargers assistant. Carolina Panthers owner Jerry Richardson hired him as a head coach in 2011.

Leslie Frazier, an African American, also benefitted from the original seminars. He participated as a Minnesota Vikings assistant and was promoted to head coach by the Vikings’ owner Zigi Wilf in 2010.

Rivera was the Panthers’ head coach from 2011 to 2019. Having taken Carolina to Super Bowl 50 in the 2015 season, he was one of the rare examples of a minority coach receiving a second chance when the Washington hired him in 2020.

Frazier was the head coach from 2011 to 2013. He has been a defensive coordinator seven of the past eight years but hasn’t been received the second chance that is common for white coaches.

The original seminars from 1998 to 2008 were open to all candidates, and it also produced three white head coaches: John Harbaugh, who is still the Baltimore Ravens head coach, 2008-current; Mike Smith, Atlanta Falcons, 2008-14; and Chuck Pagano, Indianapolis Colts, 2012-17.

The 64 nominations raise another question. What if a 2022 version of Ron Rivera and Leslie Frazier weren’t among the 64 nominations? Does that mean they’re shut out of the opportunity?

The Epilogue chapter (Pages 283-288) in “Raye of Light, Jimmy Raye, Duffy Daugherty, the 1965-66 Michigan State Spartans and the Integration of College Football,” published in 2015, highlighted the past successes of the seminars. The Epilogue was written by Raye and David Cornwall. Raye was a pioneer among Black quarterbacks as a starter in 1966 and 1967 at Michigan State and as a Black coach in college and the NFL. At the time of Epilogue, Raye was president of the NFL Assistant Coaches Association and Cornwell the executive director.

They believed the seminars were a path to minority candidates entering the coaching pool through networking otherwise institutionally limited to white candidates.

Overall, the news reported in ESPN of the 2022 seminar was met with a yawn. Sports radio and TV talk shows and podcasts remain focused on debating the starting quarterback for the season opener four months down the road.

The NFL’s latest action is a response to criticism the 2022 hiring cycle produced only two Black head coaches out of nine openings, although a third was named when Bruce Arians retired in late March from coaching and defensive coordinator Todd Bowles was promoted.

The league wants you to think it responded forthwith to its failure in the 2022 cycle with seminars. To confirm that genuine concern, it needs to announce all 32 white owners will show up.

The decision-makers need to explain the annual bypassing of Eric Bieniemy and Byron Leftwich, while Nathaniel Hackett, the son of former NFL coach Paul Hackett, emerged as the Broncos’ surprise 2022 choice.

What if their names were Eric Hackett or Byron Hackett?

Watch for my upcoming book to be released near the start of the 2022 college football season:

Duffy and the True 1960s pioneers, North and South

My MSUings on Spartans upsetting No. 13 Michigan