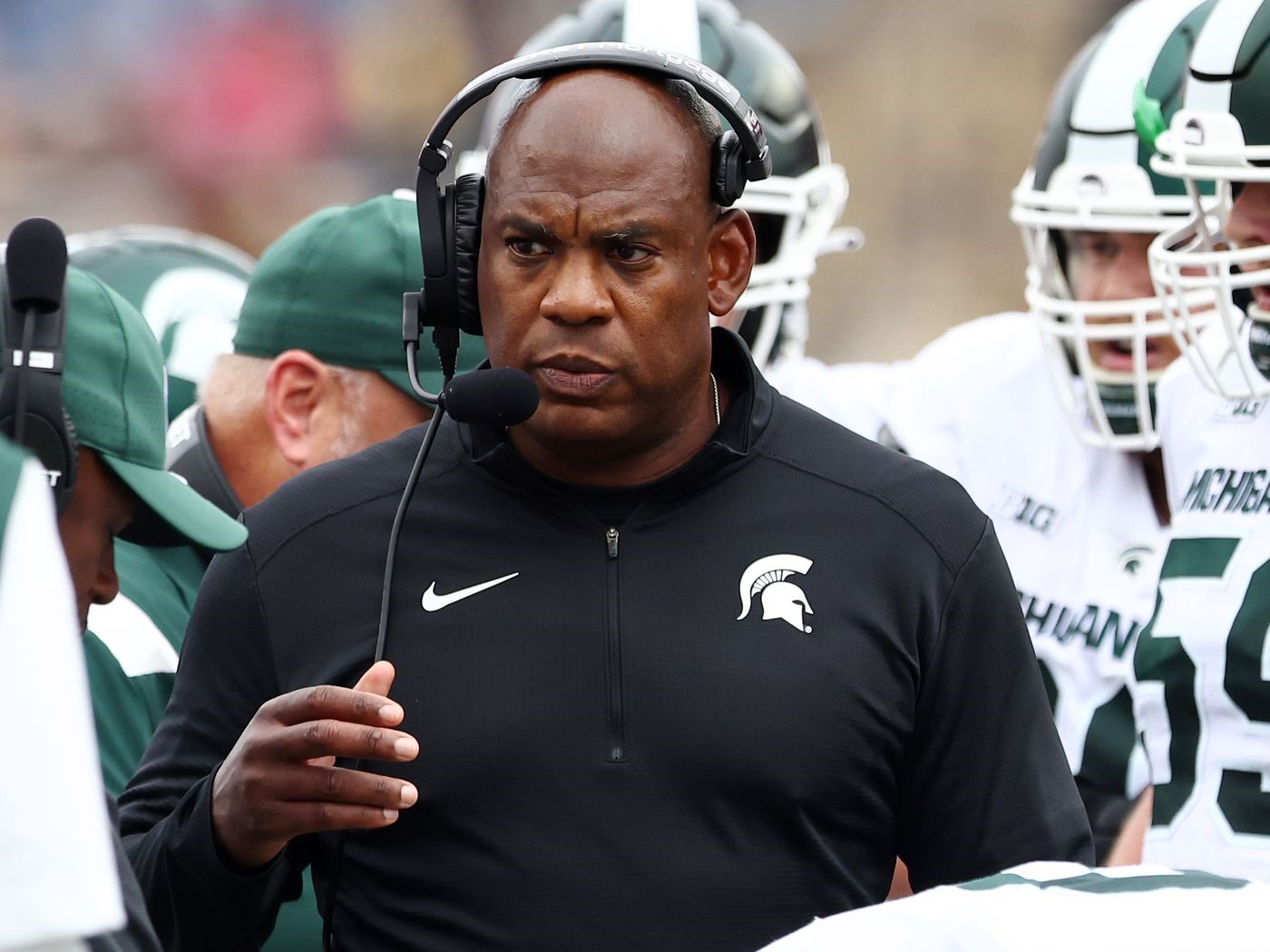 Jimmy Raye coached in the NFL long enough that Mel Tucker’s off-season strategy to flip Michigan State’s roster through the NCAA transfer portal concerned him. He worried it could backfire.

“You tend to evaluate what you thought a guy was,” Raye said, “or what you remember he was rather than what he is now.”

It sounded to Raye — Michigan State’s Hall of Fame quarterback and pioneer Black coach in both college and the NFL as an offensive coordinator – too much like a pro team investing overzealously in the free agent market.

That was then. This is now.

Raye enjoyed a first-hand look at the 2021 team along with other former Spartans who attended Michigan State’s 37-33 win over Michigan last weekend at Spartan Stadium. Michigan State, picked to finish last in the Big Ten East, is ranked No. 3 in the nation by the College Football Playoff committee with an 8-0 overall record and 5-0 mark in the division as the Spartans prepare for Saturday’s game at Purdue (5-3, 3-2 Big Ten West). The Spartans are No. 5 in the AP poll (writers) and No. 6 in USA Today (coaches).

“They’ve obviously got a system and a standard with their personnel director that is working well for them,” Raye said. “They’ve clearly identified what they’re looking for in a skill set and done a remarkable job of getting players to focus on the direction the team is heading.”

Kenneth Walker III is the prized transfer, of course, among 15 players that Tucker brought to East Lansing. The junior running back from Wake Forest has emerged as a leading Heisman Trophy candidate. He ran 23 times for 197 yards and five touchdowns against Michigan and leads the nation at 149.2 yards per game.

“He has the ability to combine lateral quickness with vertical speed,” Raye said. “Once he slides off a block and into a lane, he has explosive speed. If you get caught in a man-to-man defense and you can’t get him on the ground before he hits the second level, he can go to the house.”

In the 2014 book “Raye of Light, Jimmy Raye, Duffy Daugherty, the 1965-66 Michigan State Spartans and the integration of college football,” August Publications, there is a an epilogue chapter on minority hiring. It was written by Raye and David Cornwell, an Atlanta-based attorney that has worked on NFL matters.

On Page 288 of the second edition of Raye of Light, it’s written: “We see emerging candidates in Mel Tucker, the defensive coordinator with the Chicago Bears” … among other names that are listed.

The chapter was oriented toward the NFL, but the principles apply to college head coaches, too. It advocates the NFL continue to use a successful symposium that provided NFL owners an opportunity to meet minority candidates. The socialization process aides minorities otherwise left outside the power circle. The program landed head coach jobs for minority candidates Ron Rivera (Carolina and now Washington) and Leslie Frazier (Minnesota) as well as three white coaches, John Harbaugh (Baltimore), Chuck Pagano (Indianapolis) and Mike Smith (Atlanta). The NFL has since been disbanded it.

“His total command of where he wants this team to go has played out so that everybody has bought into the deep end – even those that might have been reluctant and only wanted to stick in a toe. They’ve jumped into the deep end. They have complete confidence in him.”

Tucker was with the Bears in 2013 and 2014 and his NFL experience included interim head coach with Jacksonville in 2011, but by 2015 he returned to the college ranks at Alabama, winning a national title under Nick Saban. Next, he was the defensive coordinator at Georgia from 2016 to 2018 and a head coach at Colorado in 2019.

Then, Michigan State’s job, one Tucker had coveted since he was a graduate assistant in 1997 and 1998 under Saban, opened up. The Spartans unlocked the vault to bring him to East Lansing with the resources Tucker felt were lacking to build a school with three official national titles (1952, 1965 and 1966) and three unofficial national titles (1951, 1955, 1957) to a national championship contender.

“He doesn’t demand respect, he commands it by his presence,” Raye said. “His voice speaks with such gravity you’re compelled to listen. There is no denying what he is trying to convey. The team has bought into it. His leadership qualities are off the charts.”

Raye then drew analogy to Tucker training and preparing his athletes to wear teams down by drawing them “into the deep end of the pool.”

“His total command of where he wants this team to go has played out so that everybody has bought into the deep end – even those that might have been reluctant and only wanted to stick in a toe. They’ve jumped into the deep end. They have complete confidence in him.”