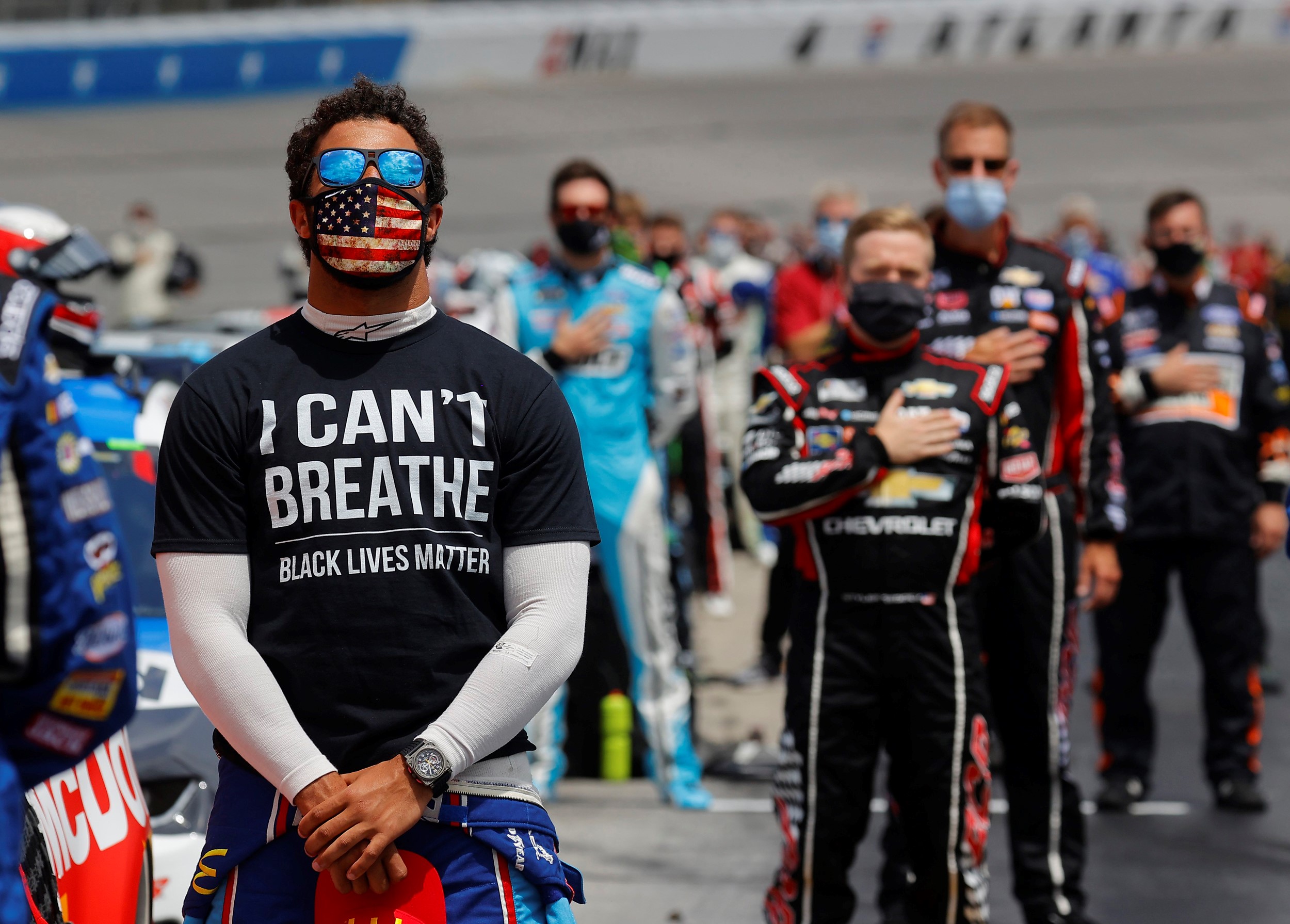 Jerry LeVias knows how it feels to see nooses directed at him. The College Football Hall of Famer and six-year NFL veteran spoke from experience on Bubba Wallace’s NASCAR crew finding a noose at his Talladega Speedway garage

In 1966, a cluster of Texas football fans held nooses aloft to greet LeVias as the Southern Methodist receiver/return man took the field for a game Oct. 29 at Memorial Stadium on the state’s flagship campus.

Many people in the otherwise segregated state were upset with the Southwest Conference’s first Black scholarship football player breaking ground. Maybe the haunting image of a noose to some fans was meant as a life-and-death threat. Maybe others laughed as they whipped the nooses around.

What they didn’t feel was the threat of a hate crime with the FBI investigating.

“We’re a long way from 1966,” LeVias said. “I saw the nooses and I heard them. That was something you had to live with as a Black person in the South. I wasn’t going to let them get me off my game and played through it. It made me stronger.

“I’m proud of the people that have supported Bubba Wallace. Basically, Bubba just has to keep the faith and keep looking ahead.”

LeVias had to play through the noose waving virtually alone. His teammates were slow to support his ground-breaking path, although he helped SMU to a 13-12 victory en route to the Mustangs’ first SWC conference since 1948.

“They only needed me on Saturdays,” LeVias said.

But Wallace, an African-American driver, quickly received support from NASCAR’s administration and fellow drivers. Officials reported the June 21 discovery and an FBI investigation was underway.

Years later, a fan sent Jerry LeVias a photo he had never seen of him being escorted by the FBI and security from the stadium back to the team bus.

Wallace drives for Richard Petty Motorsports, and Petty attended his first NASCAR race in three months to support Wallace. Petty joined fellow NASCAR drivers as they made a public show of walking with Wallace and his car during pre-race ceremonies at the Talladega track.

The FBI later announced the noose discovery wasn’t a hate crime since it had been tied to the garage door in October. But the overall climate of hate from some fans over NASCAR banning the Confederate flag at races took LeVias back to the day he met Civil Rights leader Martin Luther King on the SMU campus.

MLK spoke March 17, 1966 before a capacity crowd of 2,700 at McFarlin Auditorium. The preacher’s message included his oft-repeated phrase that still applies today more than a half-century later:

“He told me he heard I was, ‘a fine, young Christian man,’ ” recalled LeVias, now 73, the reverence still palpable. “We talked before he went on stage. He told me, ‘This is the thing I want you to remember … always keep your emotions under control.’ ”

Nooses waved at the Texas game weren’t an isolated incident.

LeVias relied then and now on his religious upbringing that Grandmother Ella influenced. He says Wallace should “have pity on those fools,” referring to backlash he experienced over his stance against the Confederate flag.

“It’s ignorance on their part,” he said. “In the Bible it says, ‘Do not speak to fool, for he will despise you for the wisdom of your words.’ We’ve got those idiots out there. There’s always going to be someone.”

LeVias managed to repress his anger to retaliate against cheap shots and racial taunts. That was his challenge in 1966. If an incident had ended his season, maybe it takes a few more years until future Black players received his opportunity.

But LeVias’ long season eventually drew the FBI for the regular-season finale against Texas Christian at Carter Stadium in Fort Worth. The FBI deemed a death threat against LeVias credible. Agents were assigned to escort him from the bus to the stadium, to scan the crowd for a sniper and escort him back to the bus.

Fry gave LeVias the option of not playing, but he defiantly played. He scored a touchdown on a 68-yard reception in the 21-0 victory to clinch the SWC title.

On the sidelines, LeVias’ teammates increased their distance from him during the game.

“Coach Fry and I used to laugh about that when we talked years later,” said LeVias, who remained in touch with his coach up to his death at age 90 in 2019.

LeVias says he is optimistic about momentum the Black Lives Matter movement has generated and what it means for the future.

“There’s a difference between now and when I played,” LeVias said. “Bubba has support today I didn’t have.”