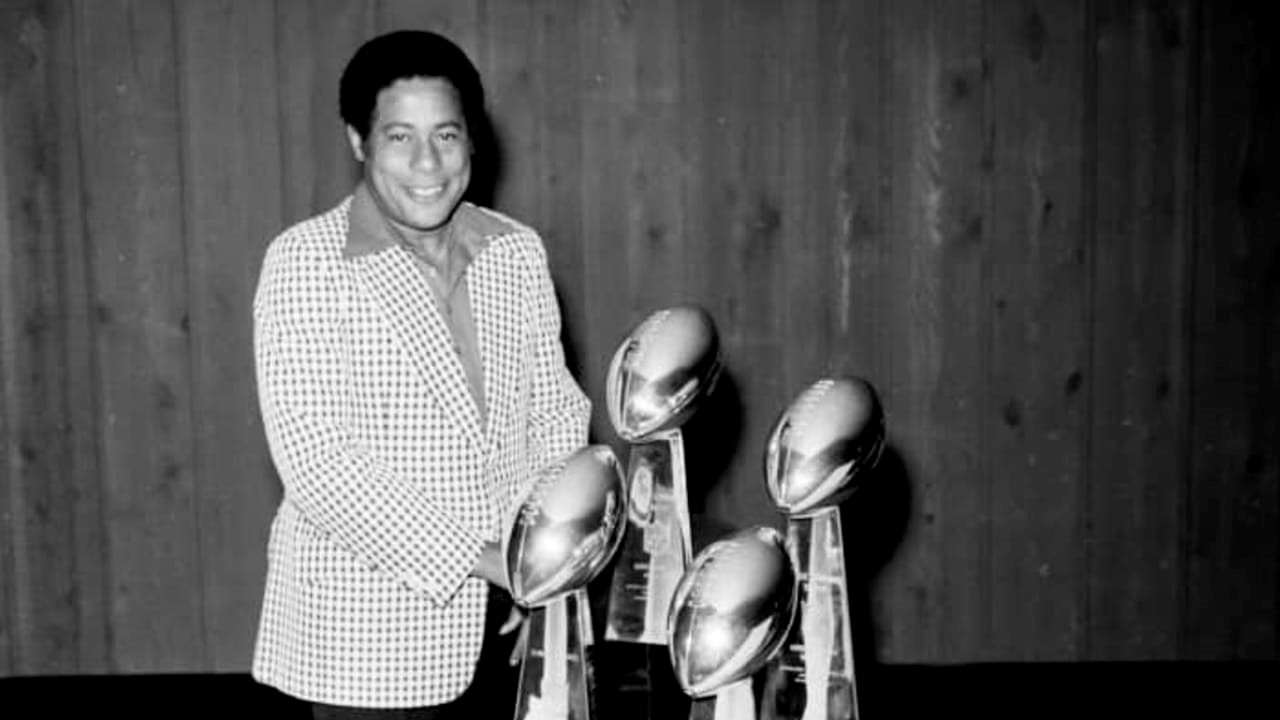 I interviewed Donnie Shell on the Black College Football Hall of Fame in 2015 for my former website. Since then, Shell (2020) and Bill Nunn have been named to the Pro Football Hall of Fame (2021). Shell’s quotes on playing at an HBCU and Nunn finding him are still good for a story in 2021. I decided to post story for Black History Month with an emphasis on Bill Nunn’s historic career.

He wasn’t alone, though. Shell enrolled in 1970 at South Carolina State, an Historically Black College University, at a time when southern coaches had only grudgingly began to take one or two Black athletes in a recruiting class to comply with desegregation laws.

Alabama’s Bear Bryant, one of the South’s last coaches to integrate despite folklore leaving a distorted image of him, waited until 1971 and Georgia’s Vince Dooley until 1972. They made Texas coach Darrell Royal look progressive with one Black recruit in 1970.

Other coaches, such as Clemson’s Frank Howard (1940-69) and Mississippi’s Johnny Vaught (1947-70), retired without recruiting an African-American. Clemson’s president, Robert Edwards, had been pushing coaches in all of Clemson’s sports to recruit Black athletes, but Howard resisted. It was left to his successor, Cecil Ingraham, to recruit Clemson’s first Black player in his first season, Marion Reeves. Ole Miss joined the 20th century in 1972.

“Bill had a great deal to do with our teams. He had great relationships with Black coaches. They were confident with Bill that their players would get a fair opportunity.”

Shell’s high school was just 90 miles from the Clemson campus. Ingraham either missed on Shell or he felt one Black athlete was enough.

But talent everyone else missed on – Daugherty and Ingraham as oversights, the rest simply due to bigotry – Bill Nunn spotted.

The Pittsburgh Steelers scout recommended they sign Shell as an undrafted free agent. Shell’s rookie year, 1974, the Steelers won the first of their four Super Bowl championships. Shell was one of 11 players from an HBCU on the Steelers’ 1974 roster, nearly a quarter of the team.

Nunn has been finally being recognized for his contributions to the Pittsburgh dynasty with his election to the Pro Football Hall of Fame, Class of 2021.

Nunn died in 2014 at age 89, but he will enter the Hall posthumously with the rest of the 2021 Class. He was named to the relatively new “contributor” category, a sorely needed avenue to honor overlooked figures such as Nunn.

“Bill had a great deal to do with our teams,” Shell said. “He had great relationships with Black coaches. They were confident with Bill that their players would get a fair opportunity.”

Nunn’s election underscores players at HBCUs may have missed out playing before national television audiences in 80,000-seat stadiums, but not much else. At South Carolina State, played for Willie Jeffries, a College Football Hall of Fame coach whose career included five seasons at Wichita State (1979-83) as the first African-American head coach in Division I-A (now Football Bowl Subdivision).

Shell was one of three players in his SCSU senior class to play in the NFL. Harry Carson was as Pro Football Hall of Fame linebacker with the New York Giants and Barney Chavous played 13 seasons for the Denver Broncos.

“We had a great defense, and South Carolina State had produced a number of NFL players over the years,” Shell said. “I played with Carson and Chavous, so I wasn’t intimidated at all about the NFL. I knew we had great players; we just didn’t get the exposure that players from the large schools got.

“Our coach, Willie Jeffries, instilled in us when we put the pads on we could compete with anyone. And when I got to the NFL, I was encouraged when I read the background of NFL players and saw so many were from Historically Black Colleges and Universities. I just wanted a chance, and there was no doubt in my mind I could make it.”

Nunn was a pioneer African-American scout when the Steelers hired him in 1967. He had been picking the All-Black College Football team since 1950 for the Pittsburgh Courier, a national African-American newspaper.

Two other Pro Football Hall of Famers that played during the Steelers dynasty from an HBCU were cornerback Mel Blount (Southern) and wide receiver John Stallworth (Alabama A&M).

Other Steelers stars from an HBCU were L.C. Greenwood (Arkansas AM&N), wide receiver Frank Lewis (Grambling) and Ernie Holmes (Texas Southern) and Glen Edwards (Florida A&M). Mean Joe Greene (North Texas) and Dwight White (East Texas State) are often mentioned, but they were schools that had integrated long before the University of Texas and other Southwest Conference schools.

Players such as Shell entering an HBCU in the late 1960s or early 1970s were an end of an era for HBCU. Not only were southern schools beginning to integrate, integrated programs such as USC and Notre Dame began to follow the Michigan State example and recruit more than a half-dozen or so Black athletes.

When Michigan State met Notre Dame in the 1966 Game of the Century, Notre Dame had one Black player, Alan Page, compared to Michigan State’s roster with 20 Black players, 11 Black starts, two Black team captains and the South’s first Black quarterback to win a national tittle Jimmy Raye, 1965 as a sophomore backup and 1966 as a senior starter.

USC’s 1962 national championship team had only five Black players, its 1967 title team with O.J. Simpson only seven despite USC’s location in heavily populated and diverse Los Angeles. But by USC’s next national title in 1972, the Trojans had 23 Black players, the number Michigan State fielded on its 1965 title team with 10 Black starters.

There are many misconceptions about the role of the 1970 USC-Alabama game on integration. One of them has been USC only had five Black starters in 1970, quarterback Jimmy Jones, running back Clarence Davis, fullback Sam Cunningham, linebacker Charlie Weaver and defensive end Tody Smith. It would have been only four but Smith transferred in from Michigan State after a falling out with Daugherty.

As a result of college football lifting unwritten limitations on Black athletes, the 2014 NFL draft marked the first time no player was selected from two of the famed HBCU conferences, the Southwest Athletic Conference and Mid-Eastern Athletic Conference. By contrast, from 1967 to 1976 the SWAC and MEAC turned out 20 or more draft picks each year, according to STATS.

South Carolina State plays in the MEAC and that was just fine with Shell, then and now.

“I’m very proud of being from a Historically Black College and University,” Shell said. “Back then that was the roof for us. We couldn’t go anywhere else. I had no dreams or aspirations of playing at the University of South Carolina.”

The stars aligned long ago for Duke’s quarterback