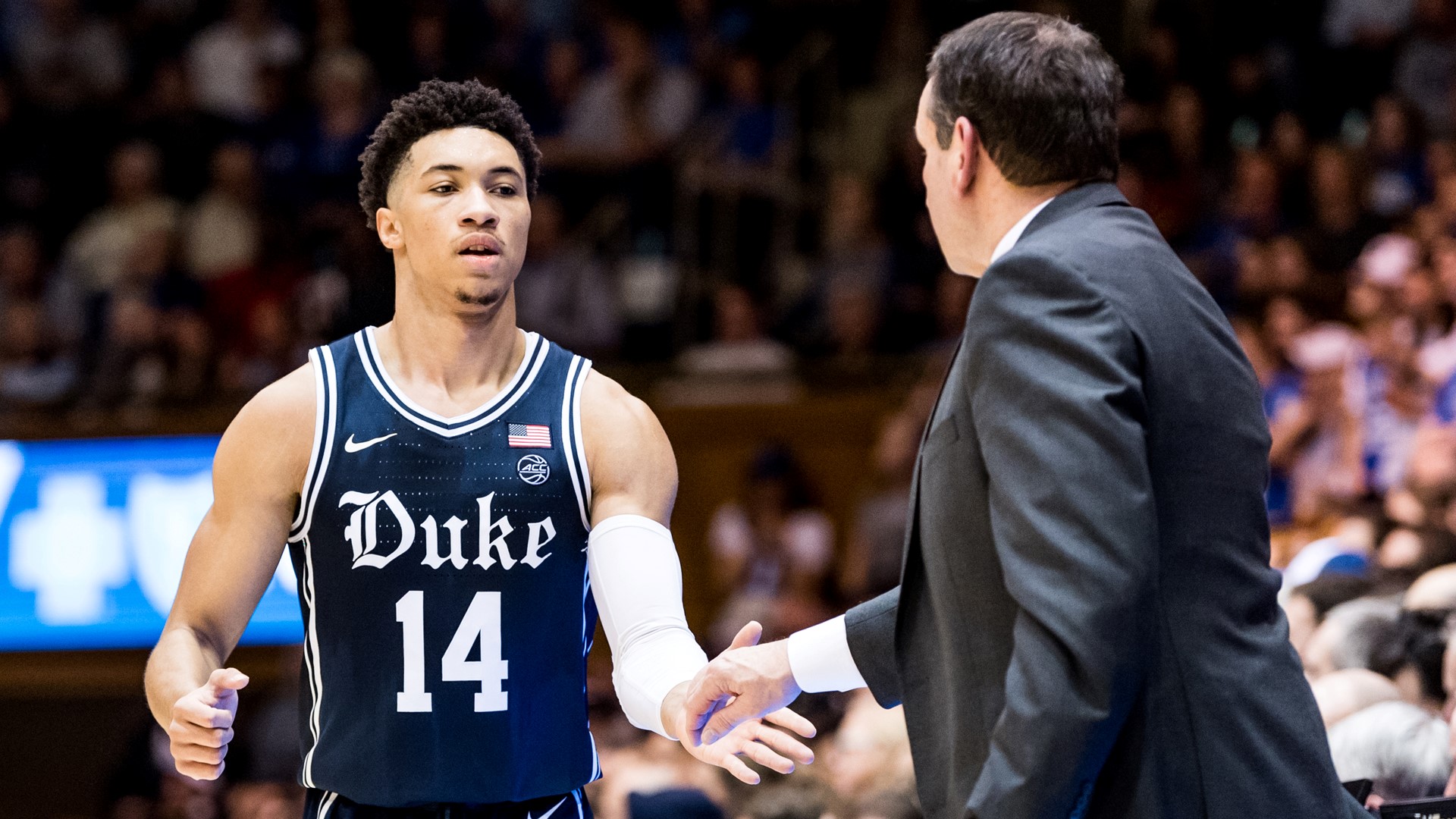 Time moves quickly in modern college basketball, especially in the era of NBA one-and-dones. Or in the case of Tre Jones, two-and-done.

A year ago, Jordan Goldwire was the inexperienced guard without a career start learning to complement Jones, the returning starting point guard. They grew into a good fit.

The lightly recruited 6-foot-2, 184-pounder from Norcross, Georgia, could spell Jones or play extended minutes when Jones was in foul trouble or missed a game with an injury. But just one year later he’s the veteran trying to mentor two freshmen guards, D.J. Steward and Jeremy Roach.

Goldwire has been a good return on the lightly recruited prospect who received a late offer from the Blue Devils.

Duke (2-1) faces No. 5 Illinois (3-1) at 9:30 p.m. Saturday at Cameron Indoor Stadium in the ACC/Big Ten Challenge. The Blue Devils have dropped from No. 6 to No. 10 following a loss to Michigan State between wins over Coppin State and Bellarmine.

Goldwire’s defense will be needed against Illinois’ Ayo Dosunmu, a 6-5, 200-pounder averaging 23.8 points a game.

“I’ll probably spend a good amount of time guarding Ayo,” Goldwire said. “They’re a really good team (and they’re) deep. It’s another Michigan State type game. They’ll probably come out and be physical, so it’ll be a similar game. We’ve just got to come out ready to play and everybody’s got to rebound, we’ve got to get good shots and we’ve got to hit shots.”

Turnovers plagued Duke’s two wins over Coppin State (81-71) with 22 and Bellarmine (76-54) with 18. Goldwire, trying to take on a leadership role, has emphasized taking the ball with his young running mates.

Although Jordan’s scoring average was modest at 4.7 points last year, he was capable of bursts while steadily contributing 2.5 assists per game and ranking ninth in the ACC with 1.5 steals. He co-defensive player of the year with Jones.

He’s been impacting Duke games — even ones led by Zion Williamson — with spurts since his sophomore year. He sparked the 23-point comeback at Louisville by coming off the bench with two key steals.

This year’s role is still taking shape while blending with two highly recruited guards. Goldwire has averaged 6.3 points while starting two of the three games.

He received the ultimate compliment before the Michigan State game when Spartans coach Tom Izzo shook his head at Goldwire as a “thorn in our side.” Goldwire finished with 10 points, five rebounds, one assist and two steals while playing 26 minutes. His experience against Michigan State was needed when Steward was held to six point in 29 minutes and Roach six in 26 minutes.