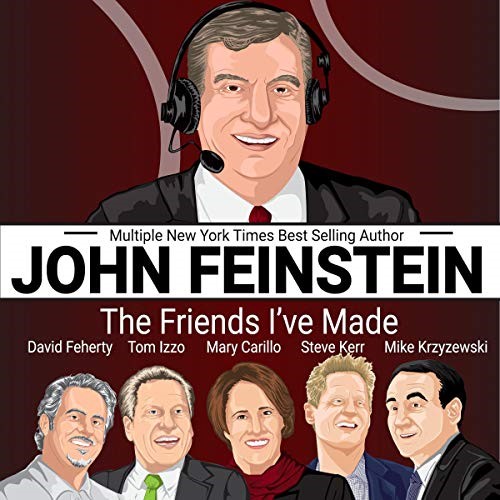 Duke basketball coach Mike Krzyzewski held court encircled by reporters, as usual, at the 2019 ACC media session in Charlotte – back in the pre-pandemic gathering days – when the subject turned to him rather than his team.

The same breadth of mind applies to Michigan State coach Tom Izzo. If you want him to talk about a Spartans coach, he’d prefer the recently retired football coach, Mark Dantonio, the new coach, Mel Tucker, or his mentor – Jud Heathcote.

After all these decades, it certainly does seem as if there is nothing left to be said about Krzyzewski’s path from Chicago, to West Point cadet to playing at Army for Bob Knight to college basketball’s all-time winningest coach with five national titles and 12 Final Fours.

Ditto with Izzo’s path starting out as a “Yooper” – a term for Michigan’s Upper Peninsula residents used by some derisively, by others as badge of honor. He’s gone from NCAA Division II All-American guard at Northern Michigan to long-time Heathcote assistant to standing second to Knight as the Big Ten’s all-time winningest coach, 302 to Knight’s 353.

But there was plenty of new insight gained from listening to John Feinstein’s recently released audiobook, “The Friends I’ve Made.” He narrowed his list to five from his long career.

They’re all interesting stories, but I was intrigued Izzo made the cut. I didn’t realize Feinstein knew Izzo so well.

Coach K was a slam dunk considering Feinstein’s past books and history, dating to his days as a Duke student, covering the Atlantic Coast Conference. Golf (David Feherty) and tennis (Mary Carillo) also are in his wheelhouse.

The fifth was Steve Kerr, whom Feinstein first met by chance as an overachiever at Arizona before his NBA championship career as a player and coach. Kerr hasn’t been afraid to speak his mind, on basketball and social issues, including disparaging a certain narcissistic Republican president in the White House.

Feinstein sees through acts easily. He was one of the first, along with Dan Jenkins, to call out Tiger Woods’ phoniness. That validated my opinion of Woods when I covered him as a 10-year-old playing in the San Diego Junior World. He was a brat with a stage father, I insisted to friends who were in love with him only for his play on the course.

I also I take delight in his occasional jabs at Dick Vitale, another opinion he validated for me. I was onto Vitale as a high school kid at a northern Michigan basketball camp that I attended with my buddy Byron Kramer. We felt Jim Wink, the legendary coach at our hometown college, Ferris State in Big Rapids, could coach circles around Vitale.

Feinstein also doesn’t make apologies or cover up for anyone, including his alma mater. More than once he said he was ashamed Stephen Miller is a Duke graduate.

So, Izzo had high standards to meet to make this list, although in reality it was as simple as being a genuine person.

Purchasing the audio book had been on my to-do list, but I hadn’t got around to it only because I’m a technophobe easily confused while clicking the wrong link. But Michigan State playing Tuesday at Duke in the rescheduled Champions Classic spurred me a few days ago to successfully navigate the right links.

One comparison Feinstein brings up between Coach K and Izzo was both nearly being fired after their third year. That’s nothing new, but it was to hear Izzo describe driving with then-assistant coach Tom Crean to a Burger King, listening to sports radio and hearing that it wasn’t a question of if he will be fired but when. And it was new to hear about the phone call he received from Coach K telling him he went through the same thing.

Later, upon becoming icons, they turned down NBA teams that courted them. They ultimately preferred the college environment over the money. Izzo touches on new ground hear, speaking about the advice he sought from two Michigan State legends and NBA veterans, Magic Johnson and Steve Smith.

Feinstein, calling Krzyzewski and Izzo arguably two of this generation’s best coaches, pointed out that dating back to John Wooden’s last of 11 straight Final Fours in 1975 (including 10 titles in 12 years), there are only three coaches that have been to at least three Final Fours in a row: Krzyzewski, Izzo and UCLA’s Ben Howland.

“The difference is Howland didn’t win a national title,” he said.

Izzo, in his typical self-deprecating style, offered his own story about Wooden, mentioning the first time he met the Wizard of Westwood. It was after the Spartans won his first national title in 2000. Izzo was in Los Angeles for the Wooden Award ceremony with two of his players, Mateen Cleaves and Morris Peterson.

When Wooden congratulated Izzo on making the “Fraternity of 40,” Izzo was confused. He asked UCLA legend Bill Walton what Wooden meant. After Walton explained only 40 coaches have won a national title, the 5-foot-9 Izzo said felt like he grown to looking the 6-11 Walton eye-to-eye – until he walked way. Walton called out to Izzo, “By the way, Tom. John has won 10 of them.”

They also discussed the 2019 NCAA regional against Bradley when Izzo was caught on TV wagging his finger at then-freshman Aaron Henry for not hustling. Feinstein opined too much of was made of it in the social media era. Both of them broke down what happened and the support Izzo received from Henry, his parents and others.

But the anecdote I took the most from was Izzo revealing what he said as he yelled at Henry. With Henry looking down, Izzo told Henry to look him in the eye. It reminded me of a similar story Joe Namath likes to tell from his Alabama days playing for Bear Bryant. He said Bryant grabbed him and yelled at him, “Son, you look me in the eye when I’m talking to you!”

Feinstein added he felt Izzo did his best coaching job last year when he got the Spartans through an emotionally tough season following the suicide death of Zachary Winston, the brother of All-American point guard Cassius Winston, who was recently taken in the NBA draft’s second round.

Izzo added he’s dealt with more in the past four years than his first 21. Before the Winston family tragedy he managed to to guide his program to a 2019 Final Four trip after ESPN had conflated the Larry Nassar scandal with the basketball program.

“I think I became a better coach, better person, better father and better parent,” Izzo said. “It’s just not fun going through it.”

That’s just a sampling on the Izzo material. All five of the “friends” are fascinating stories, but I didn’t realize how much I didn’t know about Izzo that I now understand.