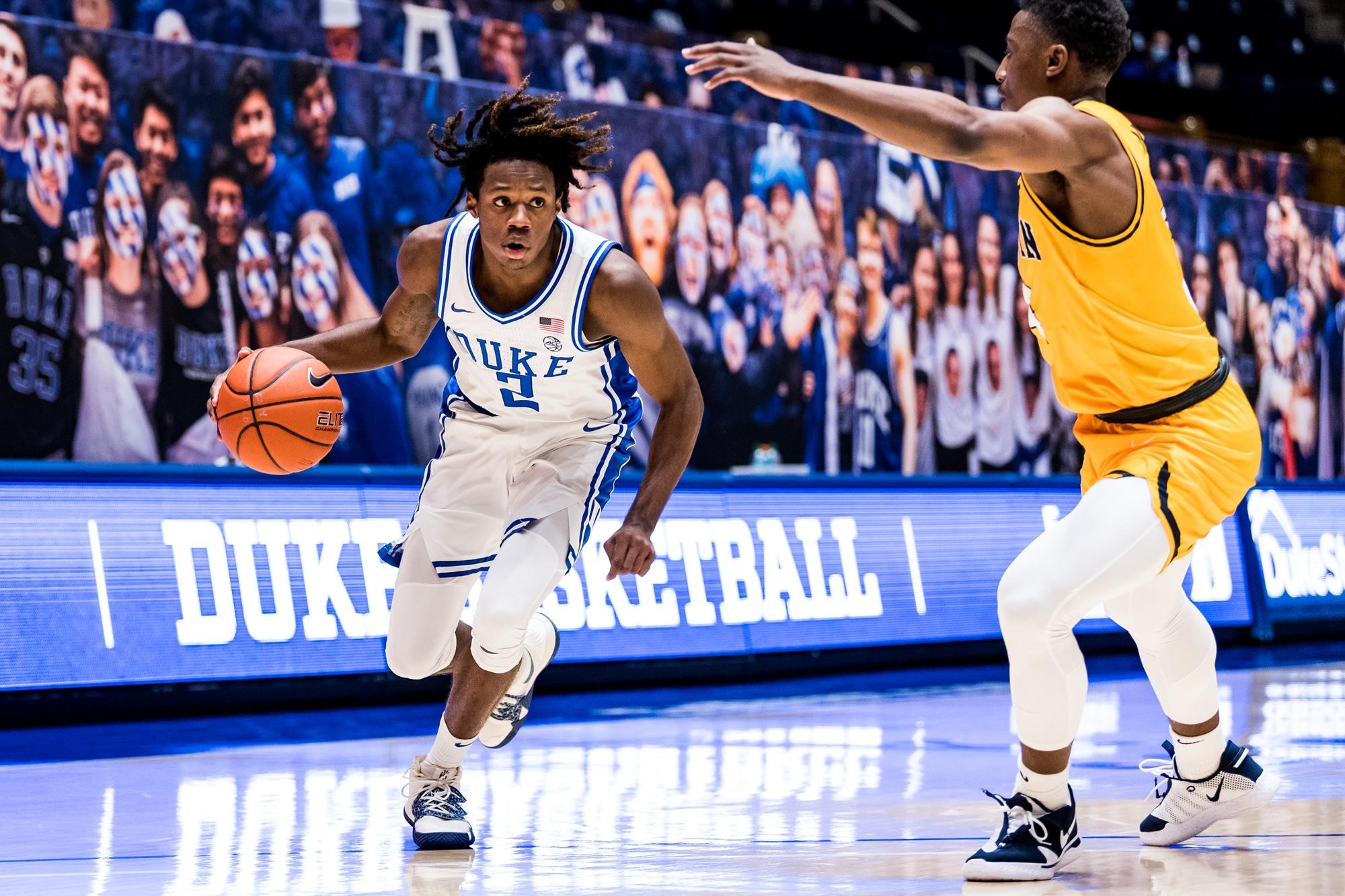 So much for a Chicago homecoming for Duke possible NBA one-and-done D.J. Steward, a Whitney Young product who scored 24 points in last weekend’s college debut, an 81-71 win over Coppin State.

Michigan State and Duke were scheduled to meet in the 10th annual State Farm Champions Classic at the United Center in Chicago, but like with so many other sports events in the 2020 COVID-19 pandemic, plans had to be changed.

The double-header had that also annually involves Kentucky and Kansas had to be split up. The No. 8-ranked Spartans (2-0) agreed to travel to No. 6 Duke (1-0) for a 7:30 p.m. Tuesday game at Cameron Indoor Stadium, with the Blue Devils promising a return visit to East Lansing next year or the near future.

Scheyer was the one in early recruiting Steward, a 6-foot-2, 163-pounder who is from the same high school as Jahlil Okafor, a one-and-done that led the Blue Devils to the 2015 national title.

“I know it’s going to be fun,” Steward said in a Monday virtual call. “It’s going to be a tough game. We’re all just ready to compete. We’ve been waiting for this moment for a long time, just like the first game. For the next game, we never know when our last game will be, so we’re just going to go out there and play our best and go out there and compete.”

Despite Steward’s roots, he said didn’t grow up a Big Ten fan focused on watching their games. He also said Michigan State only made one contact with him as a junior, but it wasn’t as if he felt snubbed by a school in his backyard.

“The assistant coach – I don’t remember his name – I talked to him a for a little bit,” Steward said. “I don’t know what happened. They came on to me and then went away. There are no hard feelings. That’s how it goes with recruiting.”

Steward only scheduled three recruiting trips before he committed Sept. 18, 2019 to Duke. He visited Texas and then Duke but canceled his Louisville trip upon returning home from Durham, N.C.

But he knows enough about college basketball not underestimate his opponent.

Steward came off the bench in the Coppin State game; Krzyzewski explained he wanted a veteran lineup for the opener and started junior Joey Baker at off-guard with senior point guard Jordan Goldwire.

He also found himself limited to playing off-guard once Coppin State stuck with a five-guard lineup, forcing Duke to respond with a smaller lineup. But Steward said he’s been taking point guard repetitions in practice along with Jordan and freshman Jeremy Roach.

“We have a lot of confidence in him,” Krzyzewski said after the game. “He or Joey could have started but we started our veterans today and started DJ in the second half. He’s a natural scorer. To come up with 24 points in your first collegiate game, that’s a big-time performance by that kid.”

Steward, who hit 10 of 18 field goals with 4-of-9 from three-point range, also said the Blue Devils want to run more than they did against Coppin State. They committed 22 turnovers and gave up too many three-point field goals.

“There’s a lot more to show,” he said “If we don’t get stops, we’re not going to be able to play in transition, so we’ve got to play better defense. And once we play great defense, we have to secure the rebound and then we’ll be able to get out, play aggressive, play fast and then pretty much have a great time out there. We want to run and play fast, but we can’t do that without playing defense first.”

An interesting matchup is between 6-9, 220-pound forwards is Michigan State junior transfer Joey Hauser and Duke freshman Jalen Johnson, a projected NBA lottery pick. Both players can score and pass the ball with guard skills.