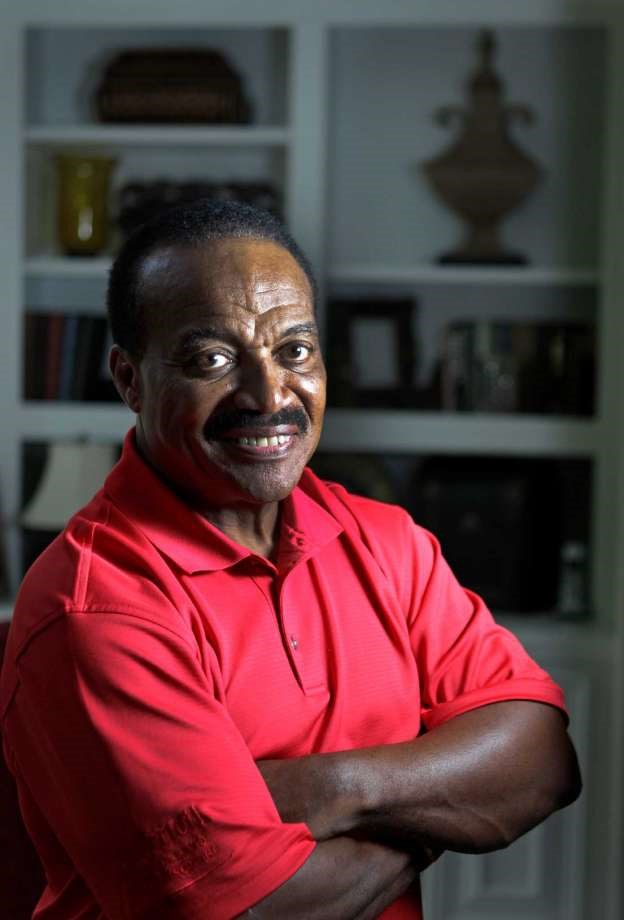 Daugherty’s passengers represented eight of 11 southern states – all but Alabama, Tennessee and Maryland.

His chief engineer for the Underground Railroad among southern Black high school coaches was Willie Ray Smith Sr., a Texas high school coaching legend for 33 years with 235 career wins and two Black state titles. His final 18 were at Charlton Pollard in Beaumont, near Houston.

“Michigan State should be proud of what they did. Instead of sitting back and waiting for someone to tell their story, if I was a Michigan State recruiter in a living room with a kid’s family, I’d be saying, ‘Do you know the history of Michigan State?’”

“College football needed Duffy Daugherty and Hayden Fry to do the right thing,” LeVias said. “Michigan State should be proud of what they did. Instead of sitting back and waiting for someone to tell their story, if I was a Michigan State recruiter in a living room with a kid’s family, I’d be saying, ‘Do you know the history of Michigan State?’”

A story circulated for years Bryant had sent Charlie Thornhill, an All-Big Ten linebacker from Roanoke, Virginia, to Daugherty. Thornhill died in 2006, but his younger brother, William, said his Charlie had committed to Michigan State without Bryant’s involvement. They did meet when Bryant spoke at 1963 Roanoke football banquet, but Roanoke’s newspapers had already reported Thornhill’s commitment to the Spartans.

— The South’s first Black quarterback to win a national title was Jimmy Raye of Fayetteville, N.C. He was one of two Black starting QBs in the nation in 1966.

— Eleven Black starters — four on offense, seven on defense – not only represented half the lineup, it was more than entire rosters at other integrated schools.

— Two Black team captains, Smith and Jones, without a one of the captains a white teammate sharing the role

— Apisa was college football’s first Samoan All-American. The Godfather of Polynesian Football from Honolulu launched the wave of Polynesians that permeates every level of the game. Daugherty’s Hawaiian Pipeline dated to the 1950s.

Daugherty had the backing of school president John Hannah (1946-69), whose integration efforts permeated the campus. Hannah was the first Civil Rights Commission chairman as appointed in 1957 by President Dwight Eisenhower.

Documentaries about Bryant and the 1970 USC-Alabama game leave the impression Michigan State’s influence began with Daugherty recruiting Bubba Smith out of Texas on the 1965 and 1966 teams.

Dunnavant states in the ESPN film that Michigan State was “… one of the most integrated programs in the country.” The misleading impression from Bryant apologists and USC myth crafters overlook that the AP reported Michigan State’s 17 African-Americans in 1962 was a record for major college football the same year USC had only five Black players.

Check back soon for Chapter 11