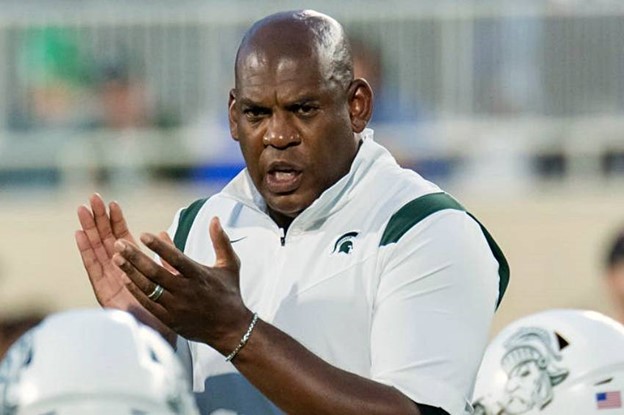 Saban didn’t suspend Alabama’s Jermaine Burton for hitting a Tennessee female fan. She was among partisans storming the field, celebrating a colossal victory. Asked to clarify his decision, he tersely added little.

The storyline moved on.

Tucker, a Saban protegee, suspended four players on Sunday and four more on Tuesday based on the school’s investigation. They fought with two Michigan players when tempers flared in the stadium tunnel leading to the locker rooms. Tucker accepted all blame and offered no excuses.

Tom Shanahan is an author, award-winning sportswriter and college football historian focused on the sport’s integration. He earned first-place honors from the FWAA for his story on the 1962 Rose Bowl.

Imagine if Tucker had taken a page from Saban’s damage control playbook.

He would have been demonized. Racial tropes of a Black coach running a rogue program would have taken over the storyline. Someone might have drawn a cartoon using the theme of the 2008 New Yorker magazine cover, the one portraying a White House with a Black president. Barack Obama was dressed as a Muslim terrorist and his wife Michelle as Angela Davis, Afro in full, with an assault weapon strapped over her shoulder.

Oh, I get the difference. Saban has won seven national titles. But there is another reason Saban can defy public opinion and Tucker can’t.

Saban is White, Tucker is Black.

When we peel back this layer of the fiasco, it reminded me of ESPN’s Stephen A. Smith recently criticizing former Carolina Panthers receiver Robby Anderson. With the cameras on Anderson, he got into a heated sideline argument with receivers coach Joe Dailey.

Panthers interim head coach Steve Wilkes sent Anderson to the locker room. Anderson was traded the next day. It needs to be noted — to understand Smith’s point beyond the ugliness of the scene — all three individuals are African Americans. And Wilkes was in his first game replacing a fired White coach, Matt Ruhle.

“I’ve had issues with some professional athletes throughout the years for this very reason,” Smith said. “When Matt Ruhle was there, we didn’t see that. You got White men in positions of leadership, and you don’t do stuff like that. The second you got a Black man as the boss, you act differently. And this is what gets in the way of Black individuals getting leadership positions.

“If you show no ability, or an inability, to have control and stewardship over your franchise, it is going to prevent other African Americans from getting those positions in the future. It’s a damn shame some players – not most, not all – but a few players don’t think about that.”

Michigan State’s suspended players, who are Black, didn’t think about that.

Why make race part of this story? In cases like this one, I recall what PBS award-winning documentary filmmaker Ken Burns told me as an answer to a question: “Race is central to our story. Race. Race. Race. A lot of people don’t like that and don’t want to hear about it.”

Harbaugh spoon fed the media quotes about expecting criminal charges against the Spartans’ players. They wolfed it down. The national narrative, relying on video and Harbaugh’s comments, favors Michigan’s version: The White coach’s choir boys were attacked by the Black coach’s thugs.

Harbaugh knows he can use that on the recruiting trail against his rival as a scare tactic with parents.

Ringing in my ear are the words of Robert Duvall’s Tom Hagen character in the Godfather II: “Roth, he played this one beautifully.”

The common denominator was Michigan. Spartan Stadium also has one tunnel for both teams, but there haven’t been brawls involving Michigan State’s players with Penn State, Ohio State or Michigan athletes.

And it continued with Michigan’s post-game interview session. Michigan running back Blake Corum, a 21-year-old kid, mocked Tucker, a 50-year-old man who overcame racism’s obstacles to become one of only 15 Black head coaches this season in major college football. Corum threw his head back and laughed from the podium with a teammate as he said, “Those shirts said, ‘Tuck is coming.’ I just saw him running.”

Hmmm. Where did that open disrespect come from?

But in the end, Tucker’s bonehead players left him in an untenable position.

Do Michigan State’s suspended players know they formerly wore the uniform of a school that led college football integration in the 1960s under College Football Hall of Fame coach Duffy Daugherty? The graduation rates of Daugherty’s players, particularly those escaping the segregated South, reflected their appreciation of an opportunity, education and then football.

Do they know Daugherty also led the hiring of Black coaches? In 1972, Daugherty’s full-time staff included Sherman Lewis (hired in 1969) and Jimmy Raye (hired part-time in 1971) at a time other schools were hiring their first Black coach. Both Lewis and Raye went on to long-time careers as NFL assistant coaches, but they never got a chance as a head coach.,

A Michigan State sophomore athlete told me upon learning Daugherty’s history, “I go into the Duffy building every day, and I didn’t know any of this.”

Do Michigan State’s players know Tucker treasures his role as the Spartans’ head coach based on its history? Tucker was a Michigan State graduate assistant under Saban in 1997 and 1998, and Saban taught Tucker the Spartans’ antiquity. You can read it in Tucker’s own words in my upcoming book:

The True Pioneers of College Football Integration in the 1960s

Over the past half-century, the failure of Michigan State’s many administrations accounts for the lack of awareness of MSU’s own history among its athletes and students. Same with all the kids growing up in the Lansing area unaware of the history of this great university in their backyard.