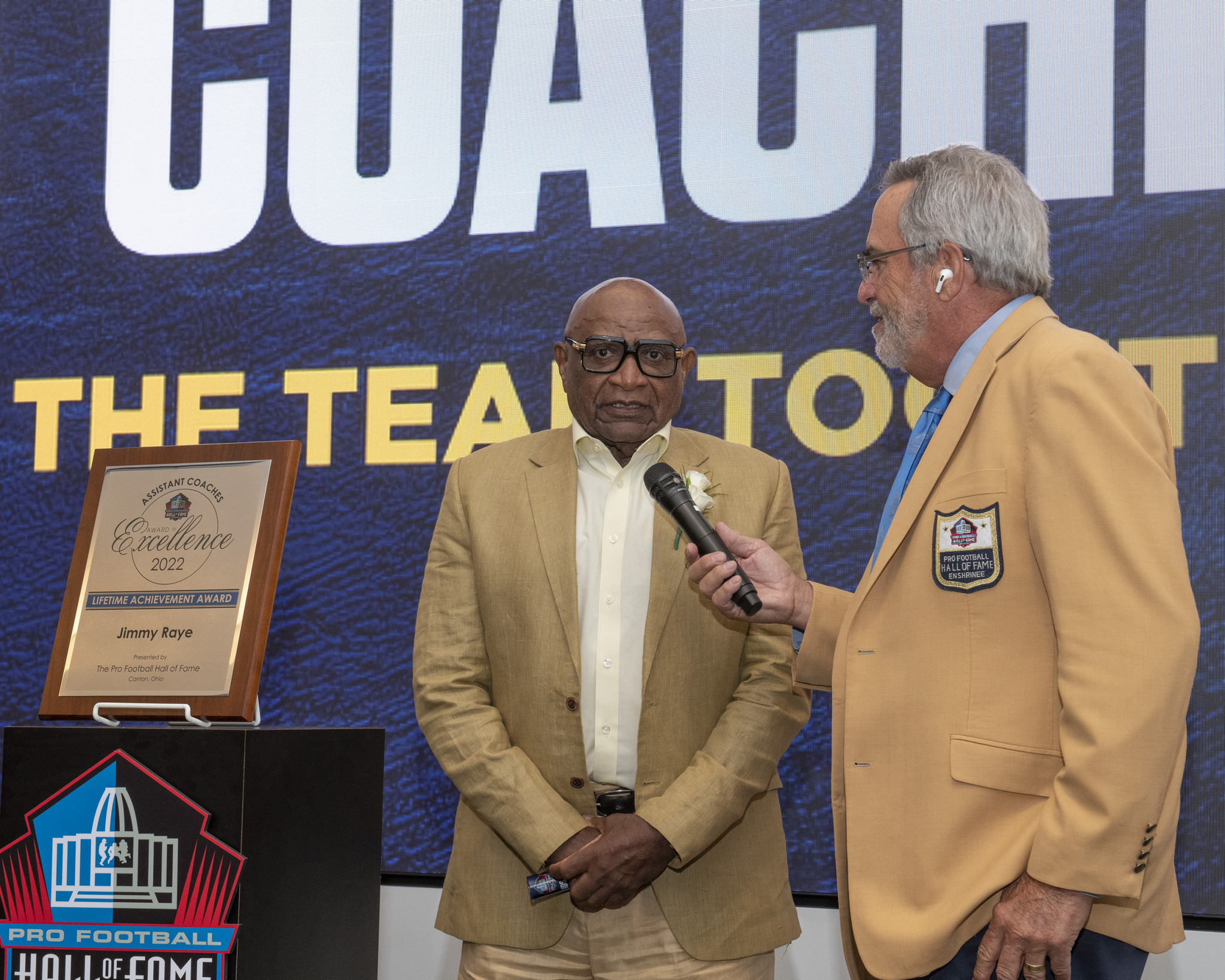 “When I was a kid, I was a ball boy for the San Francisco 49ers,” said Fouts, whose father Bob was a 49ers’ broadcaster. “I know what it was like to pick up dirty socks and put them in the right place.”

In other words, although Fouts was the face of the Air Coryell Chargers that focused the spotlight on him, he has long understood many people behind the scenes contribute an organization’s success. The “Awards of Excellence” was created to honor those behind-the-scenes figures. Five figures were honored in each of four categories, assistant coaches, trainers, public relations and equipment managers.

“It was an honor,” Fouts said. “It was well done, long overdue and emotional at times. I think everybody appreciated it. There was a good vibe — everything was so positive. It was a great idea for the Hall to start it.”

Among the honorees was Jimmy Raye for his career as an assistant coach spanning five decades, 1977 with the San Fransisco 49ers to 2013 with the Tampa Bay Buccaneers. He has continued to work for the league as a senior advisor to Troy Vincent, the NFL Vice-President of Football Operations. He was among the five long-time assistant coaches honored along with Terry Robiskie, Ernie Zampese, Fritz Shurmer and Alex Gibbs.

“What he went through as a player and as a coach speaks to his character, his toughness and his smarts,” Fouts said. “Everything about Jimmy Raye is a positive story. I said he set a personal example of perseverance.”

“These 20 outstanding assistant coaches, athletic trainers, equipment managers and public relations personnel not only helped to determine results on the field, but they also helped to promote the game’s growth, safety and popularity over several decades of devotion to their teams and to the National Football League,” said Jim Porter, the Pro Football Hall of Fame president.