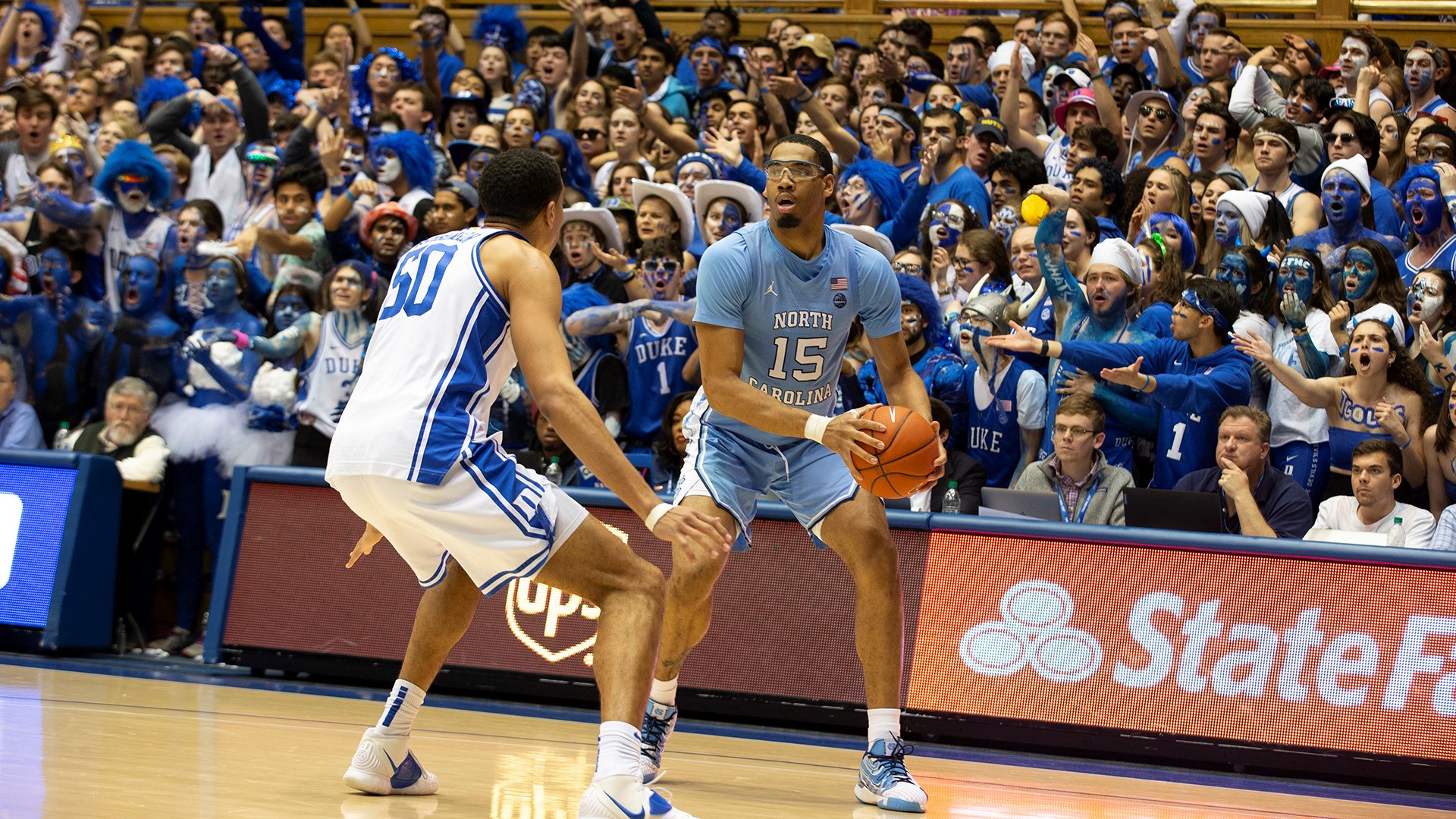 North Carolina’s Garrison Brooks understood a year ago what Duke and Kentucky players learned this season. Signing a scholarship with a college basketball Blue Blood doesn’t include an automatic trip to March Madness.

That truth was reemphasized this year for two more of the bluest of Blue Bloods, 2015 NCAA champion Duke and 2012 NCAA champion Kentucky.

North Carolina, the 2017 NCAA champ, has returned to March Madness, while Duke’s 24-year NCAA streak came to an end with a 13-11 record and Kentucky’s 9-16 record has left the Wildcats at home.

Brooks, a 6-foot-10 senior, said he never took it for granted, even after the luxury of making it the first two years as a freshman and sophomore.

“It’s awesome (to be in the NCAA),” he said on Wednesday during in a Zoom call. “It’s something our team has worked hard for. You could see it on selection Sunday, the excitement in everybody’s faces that we get to play again.”

The Tar Heels (18-10) are a No. 8 seed facing No. 9 seed Wisconsin (17-12) in the first round of the South Regional. The teams play at 7:10 p.m. Friday at Mackey Arena on the Purdue campus in West Lafayette as part of the Indianapolis bubble.

Prior to last season’s losing record, North Carolina had made the NCAA tournament the previous nine seasons and 15 of 16 since Roy Williams returned to his alma mater in 2004. Williams has won three NCAA titles at North Carolina in 2005, 2009 and 2017.

The only players with NCAA experience are Brooks, senior guard Andrew Platek, junior guard Leaky Black and redshirt junior Sterling Manley. However, Manley missed all of 2019-20 with a foot injury and has played in only two games this year in his comeback. He played in 37 games off the bench as a 2017-18 freshman, including both NCAA games.

Brooks has been talking to the younger players about what to expect in an NCAA game.

“I was talking to Armando about yesterday,” Brooks said. “Scout-wise, I said we start preparing now. He said, ‘Dang, that’s early to be scouting now.’ I said, ‘Well, we have to win our first game so it makes sense.’ It’s a difference experience for the young guys.”