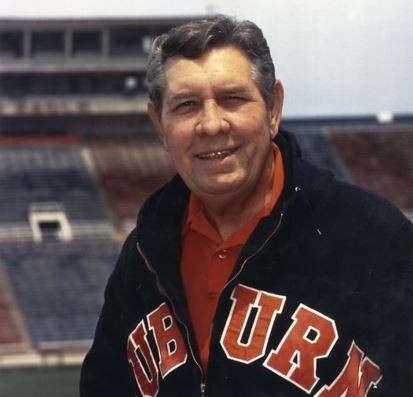 Alabama’s high schools, under threat of losing federal funding, began to comply with the 1954 Brown v. Board of Education ruling in the late 1960s. To paraphrase Hemingway, it was a little at a time and all at once. Some schools were ahead of others, but by the 1968-69 school year it was complete. Statewide competition among Black and White athletes began that school year once the Alabama High School Athletic Association merged with the state’s Black schools governing body.

Auburn was the first to see the open door — gaining Owens’ commitment — that Bryant had missed.

No one fired Jordan or Hilyer. Owens played on Auburn’s freshman team in 1969 and made his varsity debut in 1970. It wasn’t complicated. It was simple – for anyone willing to budge from the status quo.

Bryant’s apologists claim Jackson’s 1970 commitment capped a “search” to find the right player, but it’s a specious argument attempting to match Bryant with Branch Rickey’s search for Jackie Robinson. Jackson played his senior year at Carroll High, a desegregated school in Ozark, Alabama. Does Alabama find Jackson if he was still at D.A. Smith, Ozark’s Black school that was closed.

In the fall of 1968, Alabama missed on John Mitchell at Williamson High, a Black school in Mobile, Alabama. Mitchell was one of five Williamson High science team members that placed third in a state competition; all five were offered Alabama academic scholarships.

But Bryant’s “search” was unaware of a talent that had earned a football offer from Grambling. Mitchell instead attended East Arizona College, where he earned Junior College All-American honors and a USC scholarship offer from McKay.

When McKay and Bryant played golf in the 1971 off-season, McKay mentioned Mitchell and his hometown. Bryant, unaware of Mitchell, subsequently asked an Alabama alumnus in Mobile, Judge Ferrill McRae, to call every “Mitchell” in the phone book until the prospect was found.

Mitchell flipped to Alabama. He started the 1971 season opener as a junior, making him officially Alabama’s first Black player; Jackson was a sophomore backup.

So much for Bryant’s “search.”

He also overlooked two future NFL players – if not other Division I talent without pro talent. Ken Hutcherson of Antioch High was a senior in 1968. He attended Livingston (now West Alabama) on his way to a three-year NFL career. John Stallworth was a senior in 1969 at Druid High, Tuscaloosa’s pre-dominantly Black high school in Bryant’s backyard. He went to Alabama A&M and on to the Pro Football Hall of Fame.

In documentaries and sports reports Dunnavant and Howell Raines, an Alabama native and former executive director of the New York Times, are trotted out to defend Bryant.

Raines, unlike other Bryant apologists, faults Bryant for not speaking up sooner. But he also ambiguously defended Bryant, speculating the coach didn’t want to get down in the mud with a racist governor. Wallace’s term was 1963-67 — Bryant’s 1967, 1968 and 1969 recruiting classes were all-white.