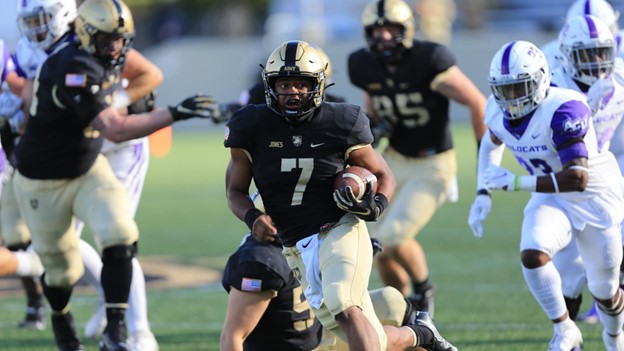 Tom Shanahan is an author and college football integration historian. The Football Writers Association of American awarded him first place for his story on segregation the 1962 Rose Bowl.

The Army football season dwindled down to its final games. The dates against Coastal Carolina, UT San Antonio, Villanova and Georgia State played out without Jemel Jones.

He watched from the sideline.

But when the senior quarterback did the see the field against Wake Forest, he was ready. Starter Thyier Tyler and backup Cade Ballard both battled injuries as the Demon Deacons, then ranked No. 15, were in the process of routing the Black Knights, 45-10, in Winston-Salem, N.C.

Click here to read the rest of the West Point Football Report.

What’s in a name? Plenty at Cardinal Gibbons