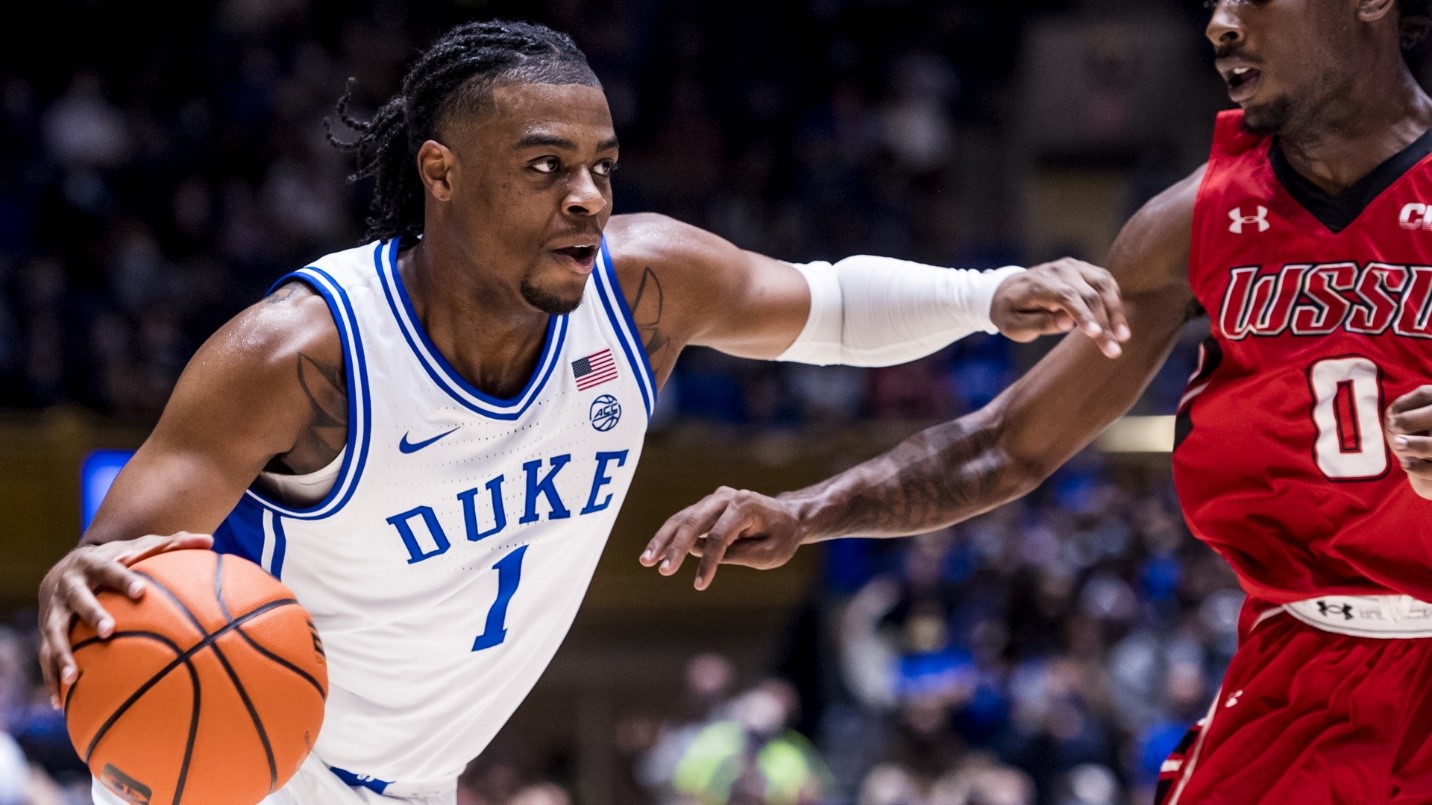 It was a Duke Blue Devil day of rolling Winston-Salem State at Cameron Indoor Stadium and getting rolled by Wake Forest in Winston-Salem.

Duke’s No. 9-ranked basketball team routing Winston-Salem State in an exhibition game Saturday at Cameron Indoor Stadium was no surprise. What was intriguing was how well the Blue Devils played together rolling up a 106-38 victory.

Winston-Salem State was Duke’s only exhibition game before preparing for the season opener in the State Farm Champions Classic on No. 9 at Madison Square Garden in New York.

“I think that one of the strengths of our team is in the group that starts, we really have four ball-handlers, including Paolo, so that’s why we advance the ball fast,” Duke coach Mike Krzyzewski said. “When one of those guys gets it, they don’t need to throw it to somebody to bring it up, they bring it up, and we’re very comfortable.”

“So, we don’t have a so-called point-guard, we really have four ball-handlers, and if Jaylen is in there, he can do that also,” Krzyzewski said. “Those five guys are guys that you’d want (with the ball). They might pass to one another. It also means they’re touching the ball. When guys touch the ball, it means we don’t have to run something for them to touch the ball, it’s very good.”

Also scoring double figures was A.J. Griffin, the 6-6, 222-pound freshman who was slowed a three weeks ago in practiced with a bruised knee. He was expected to miss a month or more.

Banchero was happy to finally play before a Cameron crowd.

“It was something we had been looking forward to, all spring and all summer, coming in and all fall as well, so the fact that it’s here is really exciting,” Banchero said. “Just being in front of the fans finally, being able to put on a show for them, it was fun. I think we played well. Coach thought we played well. We wanted to come out and jump on them early and keep the intensity up the whole time, no matter who was on the floor, and I think we did that. We moved the ball well, shared the ball well, and it showed. It was fun.”

“The sky’s the limit for us. We’ve just got to continue to lock in and play well with each other, share the ball, play fast, play hard. I can’t put a ceiling on our season. I think we can be really good.”

Duke football scored on a field goal with 5:06 remaining in the fourth quarter of an Oct. 9 game at home against Georgia Tech.

But not only were the Blue Devils unable to make that field goal stand up for a win — losing to the Yellow Jackets in the last minute — they’ve went the next seven quarters without scoring while suffering back-to-back embarrassing losses.

Duke fell to No. 13-ranked Wake Forest 45-7 on Saturday at Truist Field, ending the drought in the fourth quarter. The only touchdown was in the fourth quarter in mop-up duty. Duke had had lost to Virginia 48-0 before a bye week, but the extra practices didn’t help the Blue Devils reset.

The Demon Deacons (8-0, 5-0 ACC) remain atop the Atlantic Division, while Duke (3-5, 0-4 ACC) suffered its fourth straight loss to remain at the bottom of the Coastal Division.

But this Duke team wasn’t ready to even threaten the Demon Deacons.

The Blue Devils – despite offensive potential in their three wins and two of their losses — haven’t shown the ability to match up in the trenches on either side of the ball against tougher ACC competition. North Carolina defeated Duke 38-7 on Oct. 2 to begin the four-game slide.

Duke faces a tough task to end the downward spiral.

“I would be foolish to sit here and tell you that it doesn’t affect anyone’s confidence,” Duke coach David Cutcliffe said. “It affects everyone’s confidence. When you are doing everything in your power to prepare and get ready and then it doesn’t work, you question if you are good enough and if we can do this. Nobody can give you confidence. I’ve known that all my life, you earn it. There is only one way to earn it and that is not working harder, working better. These guys work really hard.

“But you have to change your daily standards. (Albert) Einstein said it best, the definition of insanity is to do the same thing over and over and expect different results. We all have to individually go there and then collectively as a team. That will give us the best chance to move forward, and it starts with me.”

Duke needed to control the clock to have a chance to win. The Blue Devils needed to pressure quarterback Sam Hartman to prevent him from throwing over their heads to keep up on the scoreboard.

Army doesn’t have a back as talented as Duke’s Mataeo Durant or a quarterback that can throw the ball as well as Gunnar Holmberg. But Duke didn’t have consistent blocking for a run game or pass game. Duke possessed the ball only 23:55 to Wake Forest’s 26:05.

Durant, despite rushing for 103 yards to boost his season total to 973, had a costly fumble on a 35-yard gain to the Wake Forest 31-yard line in the second quarter. Wake Forest scored eight plays later for a 28-0 lead.

In the first quarter, Duke drove to Wake Forest’s 36-yard until turning over the ball on a fourth-down incomplete pass.

Early in the second quarter, Duke drove to Wake Forest’s 13-yard line, but while already trailing 14-0, went for it on fourth-and-two. In a high scoring game, a field goal wasn’t enough. But Holmberg was pressured into an incomplete pass.