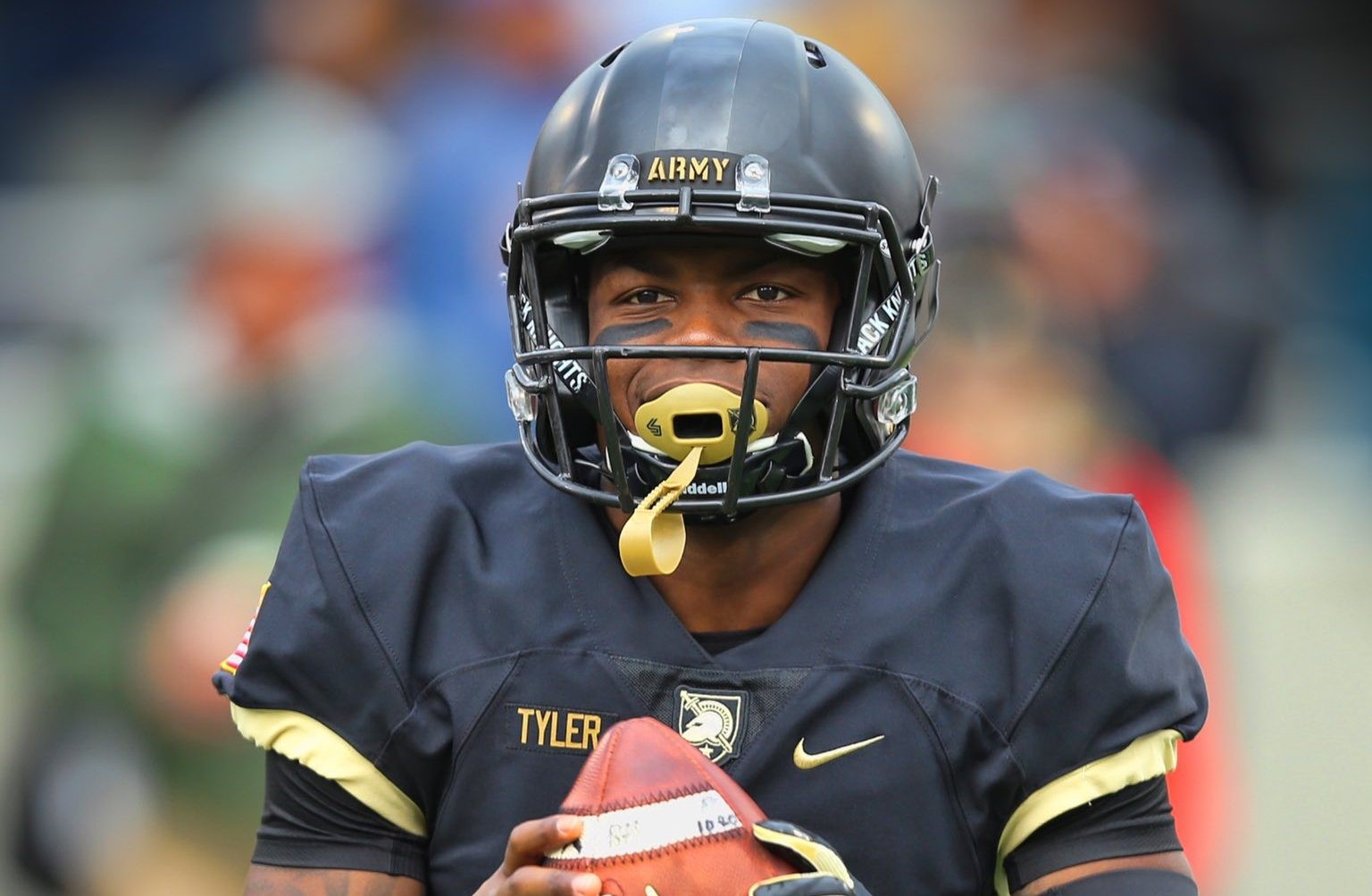 Wisconsin fans hope the reason the Black Knights’ followers are grateful Army-Wisconsin is on TV won’t be duplicated.

Two years ago, Army nearly pulled off a monumental upset at then No. 5-ranked Oklahoma. The Sooners needed overtime to win, 28-21. If not for the heroics of Heisman Trophy winner Kyler Murray, Oklahoma likely loses in regulation.

Trouble was, no one outside the 87,717 fans at Memorial Stadium in Norman and Oklahoma’s pay-per-view channel saw the game. It wasn’t nationally televised.

That’s not a problem this week playing a Big Ten opponent. Army (4-1) comes off a bye week to face Wisconsin (2-3) at 8 p.m. Saturday night at Camp Randall Stadium in Madison.

Football players are programed to say the next game is the most important, but senior cornerback Julian McDuffie conceded a Big Ten foe has its advantages.

“It’s always cool (to be on TV), but that’s not the focus for us,” he said. “That’s background noise. It’s always nice play in front of family, especially if they’re not able to make the game. I think that’s a plus.”

A year after Oklahoma, Army traveled to Michigan and took another Power 5 elite program to double overtime before losing, 24-21.

The pandemic last year cost Army a scheduled home game against Oklahoma, although the Black Knights did earn a Power 5 date against West Virginia in the Liberty Bowl. Army lost 24-21.

This year is back to normal with the trip to Wisconsin. Army may not have the talent to line up in the Big Ten on a weekly basis, but the Black Knights don’t consider the Oklahoma, Michigan and West Virginia results moral victories.

“As a program there is a confidence we belong in those games, that we competed at that level,” said Army offensive coordinator Brent Davis. “Our guys think that, but the bottom line was we weren’t able to finish them off and find a way to win. That’ not why we went to Norman, that’s not why we went to Ann Arbor.”

One of the spectators at Oklahoma that night was Barry Switzer, the Sooners’ retired College Football Hall of Fame coach. Switzer said in an interview on his way out of the stadium he was besieged by bewildered Oklahoma fans asking, Coach! What happened?

“The fact that we’re willing to go four downs in a lot of instances plays in to it,” Davis said. “We’ll take calculated risks – or what most people consider risks. That extends drive where most teams may punt. I think most of the time it takes us longer to get down field is we don’t have as many explosive plays. With that comes to increased execution. You’ve got to execute for a greater number of plays.

“A perfect drive for us is to take nine, 10 minutes off the clock. You have to finish. It doesn’t do you any good to take nine, 10 minutes off clock and not score. Time of possession is not the most important stat. It’s points per possession. That’s the most important to me. How many points do you score when you have the ball and how many do you give up?”

Wisconsin leads the nation in rush defense, allowing only 41.5 yards per game and only two rushing touchdowns. The Badgers are second in total defense, giving up only 217.8 yards a game.

“This team we’re getting ready to play is extremely hard to score points on,” Davis said. “They’re built to stop the run. They match people up. It’s a great challenge and one we’re excited about. We’re not going to reinvent the wheel. We’ve got to do what we do. It’s not like good we’re got to change what do to compete. We just have got to do what we do at a highlight level. It comes down can we block them. Can we sustain our blocks, can we read the blocks, can we get the ball distributed to the right person? Can we convert the short yardage situations?”

Much of that falls on the quarterback. Christian Anderson’s status for Wisconsin after he was hurt against Miami of Ohio and missed the Ball State game. Tyhier Tyler scored both touchdowns, but 18 yards in losses left him with only a net 63 yards.

“The more reps you get the more confidence you get and that the players believe in you,” Tyler said. “It goes a long way when your teammates and coaches say we gotcha o matter what. It helps to have that support system behind you. I feel comfortable running the offense and I’m faster and stronger from the offseason. It comes with time. The coaches believe in me and most important I believe in myself and my family believes in me.”

Thanks to the Big Ten Network, we can watch how this plays out.

Duke can look further down road than year ago