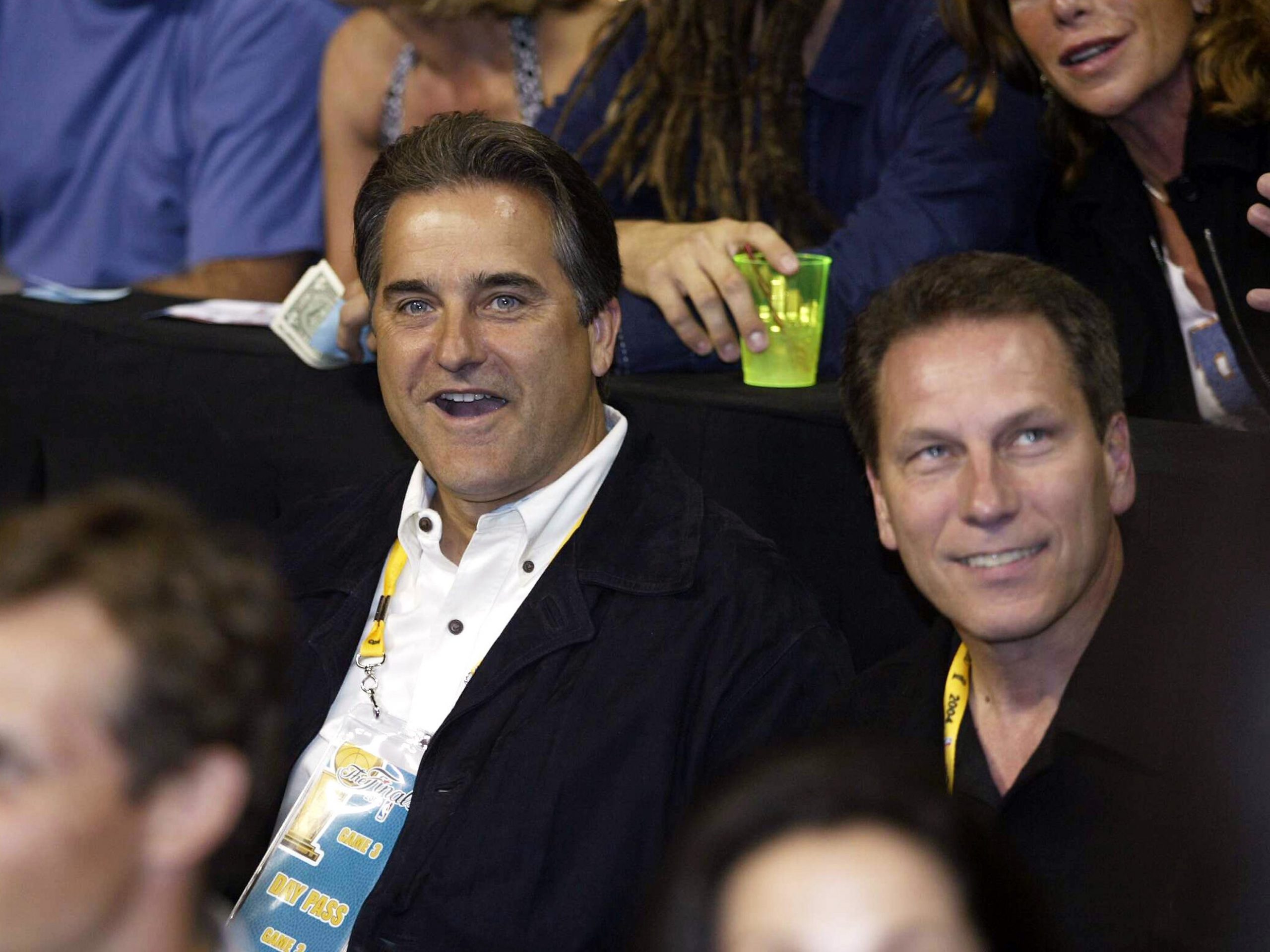 Alan Haller now occupies the seat behind the big desk as Michigan State’s new athletic director. Mel Tucker has the football team off to an impressive start. All of this allows Tom Izzo to focus on the upcoming basketball season.

No need for the school to seek double duty from Izzo when the athletic department encounters problems as was the case filling the AD position. Michigan State’s Board of Trustees, at odds with President Samuel L. Stanley over the hiring process, recently recommended Izzo serve as an interim AD until the national search concluded.

The Spartans’ Basketball Hall of Fame coach, long known for his football mentality, also has been sought out on football matters. He was on the football search committee that hired Mark Dantonio (2007-2019). When Tucker was hired in February 12, 2020, Izzo was busy with basketball season, but he was consulted about the hire.

And you’ll remember at the end of the 2006 football season, when John L. Smith was fired, Izzo was asked at a basketball press conference if could coach Michigan State’s football team.

Izzo said yes. And not as many eyes rolled as might be expected at other schools.

“I absolutely believe if he chose to switch sports and coach football at a major university, he’d be really good at it,” said Steve Mariucci by phone recently from his home in the Bay Area.

Mariucci speaks as more than Izzo’s best friend dating to their time as Iron Mountain High teammates in football, basketball and track. He has been a head coach at Cal (1996) and in the NFL with the San Francisco 49ers (1997-2002) and Detroit Lions (2003-05).

Did Mariucci, to clarify, mean Izzo could have switched sports at any time in his coaching arc that is now entering its 45th year overall, 43rd at the college level, 38th at Michigan State and 26th as the Spartans’ head coach?

Izzo’s success overcame arriving at the Marquette school as a walk-on. He earned a scholarship and was named a team captain by his sophomore season. But despite Izzo’s rise, Izzo’s football blood began pulsating as Mariucci led NMU to the 1975 NCAA Division II title.

When 1976 spring football opened, he tried out as a running back with two-sport ambitions.

“We were scrimmaging in the fieldhouse,” Mariucci recalled. “He carried ball and he got thrown into the bleachers. After practice, I said, ‘Izz, I’m not kidding! You are the captain of the basketball team. You can’t get a hurt. They scholar-shipped you. They’re counting on you. You can’t get hurt!”

As Izzo’s best friend, Mariucci might be the only person who could get away with telling him he couldn’t do something. But the unanswered question from that anecdote remains: How tough was that guy who knocked Izzo into the stands?

Consider that without Mariucci interceding, Izzo’s first job upon graduation might have been as a high school football coach. But His path to Michigan State’s head coach began as 22-year-old basketball coach at Ishpeming High, in 1977. He was named an NMU assistant in 1979. He arrived in East Lansing on Jud Heathcote’s staff in 1983.

Izzo’s time as a NMU assistant overlapped with Mariucci’s as a Wildcats football assistant. They were roommates just as they were as students.

“We lived together seven years, and we had a white grease board at our house,” Mariucci said. “We’d X and O just for fun. He had a good football IQ.”

Mariucci says Izzo’s football aptitude is much more than transferring his hard-nosed mentality and football IQ.

“The coaching umbrella,” says Mariucci, “encompasses a lot things common to all sports in terms of recruiting, motivating, administrative work, the ability to hire a good coaching staff, work ethic, common sense and the ability to keep kids eligible. All of that doesn’t matter what sport you’re coaching – it’s the common denominator. Tom has all those qualities.”

Izzo would need to hire sharp offensive and defensive coordinators, but Mariucci says that wouldn’t limit his chances to succeed.

“On the technical side, he’s not an expert at every position, but he’d hire the right coordinators and coaches,” Mariucci said. “That’s part of your job – hiring coaches. He could have hired a heck of a staff.”

Here’s something else to remember about how Izzo respects Michigan State’s football program.

As he was winning the 2000 NCAA basketball championship and following up with Big Ten titles and Final Four trips, the football program slipped. Reporters asked him if Michigan State was now a basketball school. Many coaches would have been proud of pulling off such an identity swap.

Not Izzo. He responded it’s still a football school. He was aware of Michigan State’s history under Biggie Munn and Duffy Daugherty. He wants a football identity to go with basketball.

Izzo also is leaving a football identity on campus thanks to one of his former players, Mat Ishbia. When he made his $32 million donation recently, he requested the football facility be named “The Tom Izzo Football Building.” The court at the Breslin Center also will be named “Tom Izzo Court.”

As Michigan State opened its second season under Tucker with a 38-21 victory Friday night at Northwestern, @MSU_basketball twitter posted a video of Izzo wearing a Michigan State T-shirt while wishing the Spartans luck.

And not just any football T-shirt. The iconic photo was of Duffy Daugherty standing with his five two-time All-American players from the 1965-66 seasons, Clinton Jones, Bob Apisa, Bubba Smith, George Webster and Gene Washington. The words above the photo read, “It Started At” and below in script, “State”.

Izzo turns 67 in January. Retirement doesn’t appear to be on his radar. If Haller and Tucker do their jobs, he can stay focused on adding a second national title he covets before finishing his career.

Duke lineup coming together with it balanced scoring routing Clemson

Scheyer spells out as Duke coach ready to face the future