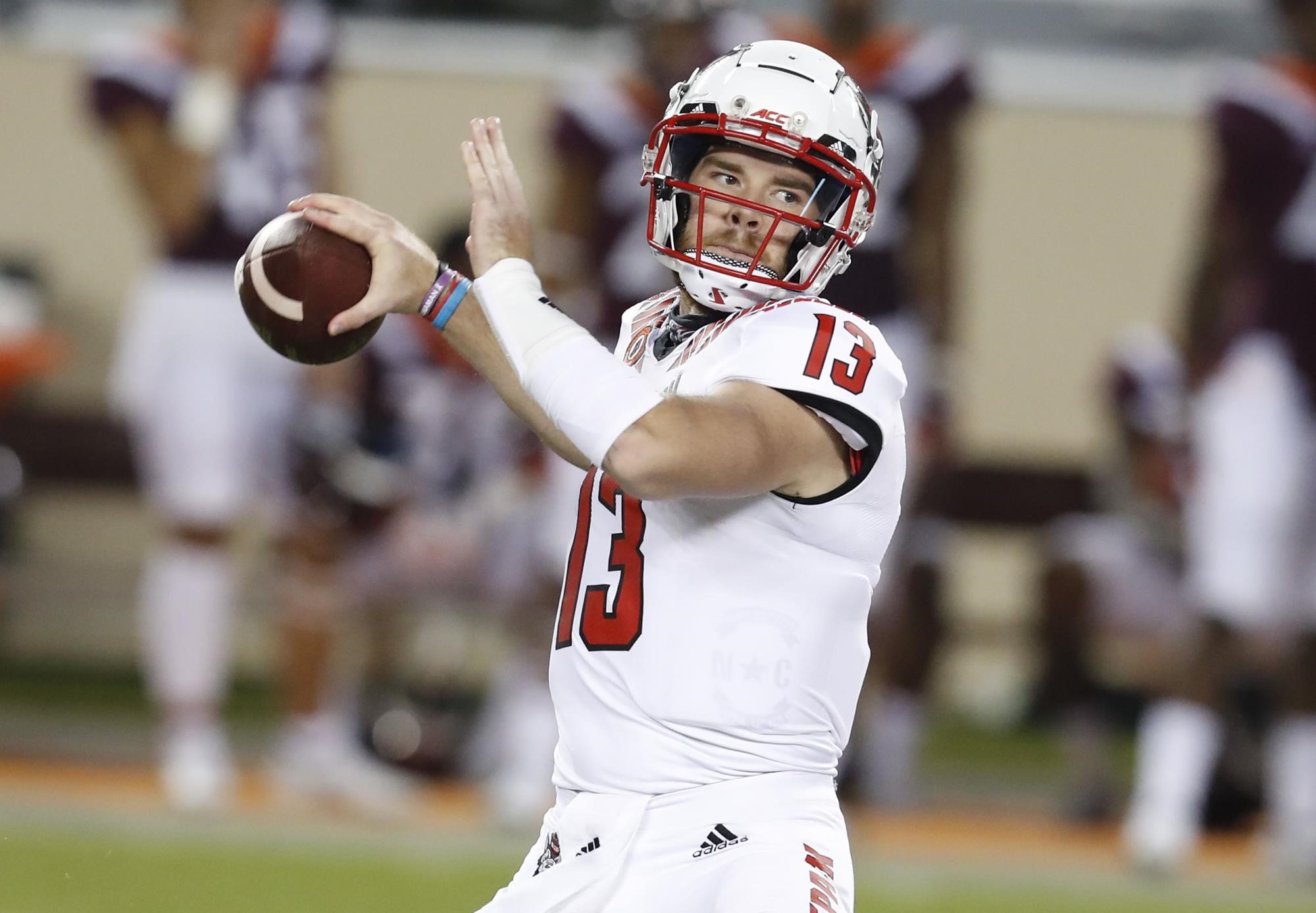 But that’s not the only reason.

N.C. State coach Dave Doeren has proven he’s able to get his team ready for the mighty Tigers, notwithstanding last year’s 55-10 loss to Clemson. The Wolfpack nearly shocked Clemson in 2016, the year the Tigers won the national title.

The Wolfpack’s Kyle Bombard missed a 29-yard field goal try on the last play of regulation with the scored tied, 17-17, and Clemson won 24-17 in overtime. It was Bombard’s third miss of the game. The escape improved Clemson to 7-0 en route to a 14-1 record capped by a 35-31 win over Alabama in the College Football Playoff championship.

This year sets up well for the unfinished 2016 job.

N.C. State coach Dave Doeren spoke about the value of an experienced quarterback and returning starters during his turn Thursday at the ACC Kickoff media days in the Westin Charlotte.

And Leary also appeared, explaining the time away from the game with an injury has given him a new appreciation.

“I never really necessarily experienced an injury like I did last year,” Leary said. “I think it kind of just puts things in a different perspective as far as just the smallest things, like celebrating in the locker room with your team, just every little thing you never really take for granted anymore. That kind of gave me a different perspective.”

The Tigers travel to N.C. State on Sept. 25 at Carter-Finley Stadium. Clemson is still Clemson – the ACC favorite and ranked. No. 4 in the preseason by Phil Steele Magazine – but talented sophomore quarterback D.J. Uiagaleilei will be in only his fifth game of succeeding Trevor Lawrence.

Phil Steele picks the Wolfpack second in the ACC Atlantic to Clemson and No. 32 overall. N.C. State opens the season Sept. 2, a Thursday night, at home against South Florida.

A 3,000-yard season is realistic, especially with the added year of working with second-year offensive coordinator Tim Beckham. Last year, Beckman’s task to install a new offensive was handicapped by the COVID-19 pandemic disrupting the offseason.

“I’m glad that Tim has a full year to work with his guys, first of all,” Doeren said. “I think it can’t be said enough. What he had to do last year coming in new, not knowing any of the players, not getting to go through spring ball with our team but three practices, he had no idea really what our talent was going into the season.

“So, we were a watered-down version of what we will be. I think our offense will evolve quite a bit now that they know him, he knows them. They’re speaking the same language. They’ve evolved. He’s now been in the ACC, knows the league better as well.”

“For Devin and Tim to have the relationship they now have going through a year together, finishing Tim’s sentences for him, I’m sure Devin will tell you he knows the offense at a completely different level than he did a year ago.”

“I think any time as a head coach you’re going into your summer and you know who the starter is, there’s just a different feel as a head coach. Going into a fall camp and having a competition, it’s going to happen. Not having that allows us to focus on a lot of other things.

“I think for your team, that piece is really critical, for them to know who the shot caller is, for him to be able to lead the team throughout the summer like Devin has, all the things that they do without coaches present, it’s a big part of I guess you would say putting yourself ahead of the game from other teams that are still trying to figure that out.”