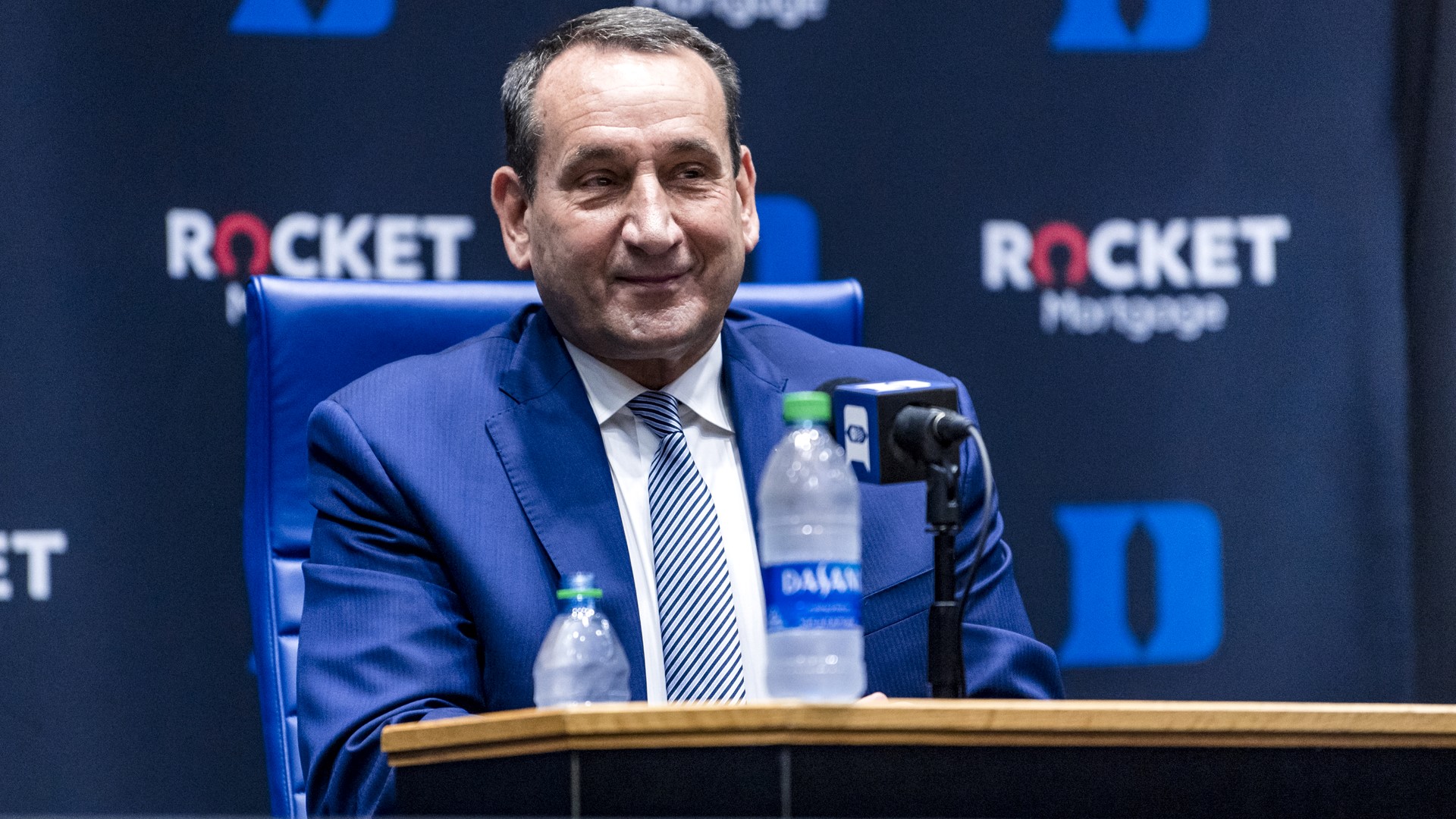 DURHAM — We know the numbers.

Duke coach Mike Krzyzewski’s Basketball Hall-of-Fame career is known for five NCAA titles. His all-time win record stands at 1,170 and counting as he enters his final season, the upcoming 2021-22 season.

But how did he succeed and stay relevant on and off the court for a career spanning six decades?

The school announced on June 2 his upcoming 42nd season at Duke – and 47th overall as a head coach counting five at Army West Point — will be his final season before entering retirement. Jon Scheyer, his top assistant and point guard on the 2010 national championship season, will succeed his boss.

Coach K praised his wife Mickie and three daughters for helping him learn to balance his life later in his career, but there’s more to succeeding in sports. The world is much different today than it was when he started his rookie season at Army West Point, 1975-76. Or when he was an Army player for Bob Knight in his 1968-69 senior season.

Plenty of smart coaches fell behind the times, losing their players and ability to lead.

“I learn from my players. In other words, I’m 74. I’m over 50 years older than these guys. There always the same age, I keep getting older. So, it’s up to me. How am I going to communicate with them? I learn from them … current music, current culture, some phrases. I’ve got to keep my shoe game up. My Nike stuff has to be tighter than my body wants. As a result, they see me listening to them and trying to be them. Humor has been a big thing. Goofing around. That has helped me adjust, helped me adapt.

“I’ve said this many times, I have to adapt how we how we communicate and how we play, but I do not adapt the values of program that we teach them. You just have to teach them in a way they’ll receive them. I have to be able to have them to listen, to understand. Know your audience. Know your team. Know who you’re leading and figure out to lead them. But never change from the principles of integrity, courage, respect, selfless service, loyalty, trust and duty. Those will never die. But how you get that across to them in the time frame you have to get it across. That’s the difference.”

Krzyzewski wouldn’t want it framed this way, but his ability to adapt explains how he will finish out his retirement days as an ambassador to the game on the level of the late UCLA coach, John Wooden. Krzyzewski’s mentor, Knight, didn’t adapt to the times. He was the personification of a iron-fisted coach. Eventually Knight’s personality caught up with him. He was fired before the 2000-01 season for a chain of events that began with assaulting a player in practice.

Coach K’s retirement comes one year after one-and-done recruit Jalen Johnson announced at mid-season he was leaving the team to work on his NBA draft stock, but Krzyzewski said there is no connection to prompting his retirement. He explained the past six years or so he and his wife Mickie have discussed after the season how much longer he’d coach. This year they decided it was time to retire but not until he finished out one final season.

“This is not about health,” he said. “It’s not about Covid. It’s certainly not about what’s going in college basketball and the game changing. We’ve always had to adapt to the changes in culture and the world. Those aren’t the reasons. Those would be bad reasons. Especially the health.

“The reason we’re doing this is Mickie and I decided the journey is over in a year, and we’ll go it as hard as we can. And then we’ll go after Duke’s journey for as long as we’re around.”

Coach K has often said basketball needs a Czar, a central figure to lead it through challenging times involving NBA eligibility, recruiting and shoe money, but he’s not interested in such a role. He said he plans to serve Duke as an ambassador and advise anyone on campus.

“The last thing I want to say about the biggest opportunity I’ve had in my life, is the people that have believed in me the most are my ladies. My wife and my three daughters. They have made me so much better. They’ve been there in those dark days and dark nights. There were celebratory times too. They’ve have always believed in me.