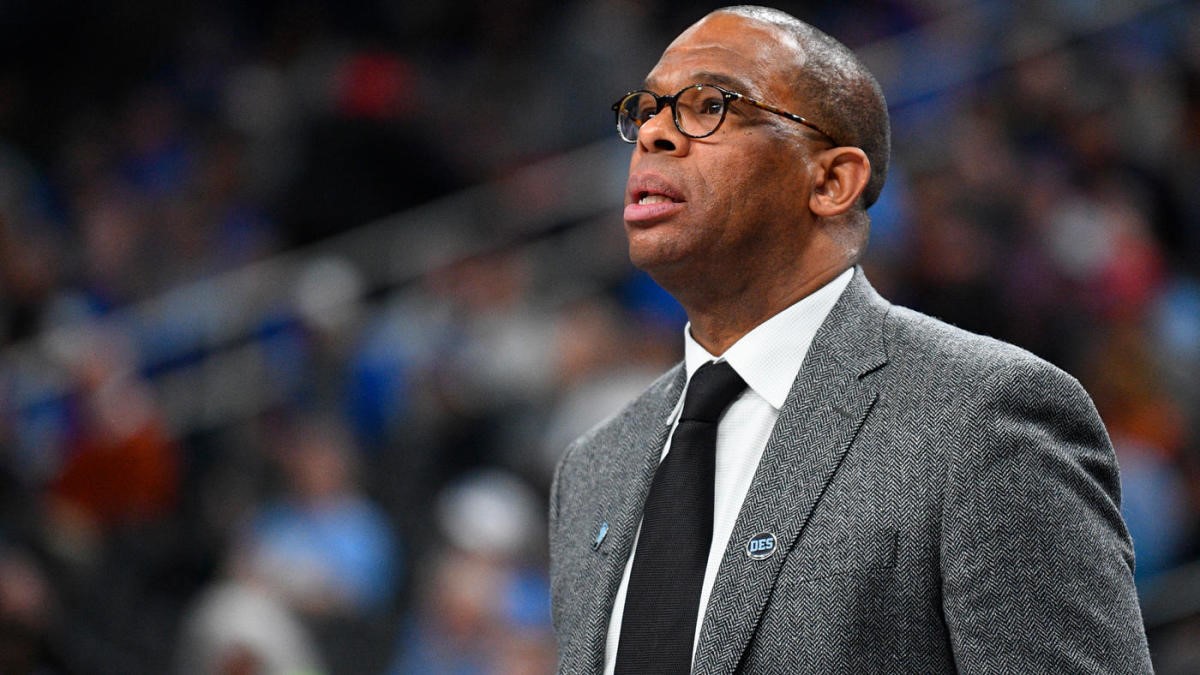 The North Carolina basketball head coach succession has been infrequent but consistent for 70 years.

The Tar Heels have stayed in the family starting with Frank McGuire (1952-61) to promoting of top assistant Dean Smith (1961-97). Then came the elevation of Smith’s top assistant, Bill Guthridge (1997-2000), to hiring former Smith player Matt Doherty (2000-03), although Dohery was as a second choice to former Smith assistant Roy Williams. Ol’ Roy finally came home from his post as the Kansas head coach to take over the Tar Heels, in 2003-04. Williams won three NCAA titles before his surprise Thursday retirement announcement after 18 seasons at his alma mater.

It’s not hard to tell where this is going – or should be going. Naming North Carolina’s new head coach should be as simple as looking down the bench and having Hubert Davis slide into Williams’ seat.

That not only is the Carolina Way, it’s honoring Dean Smith’s legacy of opportunity. Smith led the desegregation of the South’s premier basketball league, the Atlantic Coast Conference, with Charlie Scott in the 1967-68 season.

Davis would be North Carolina’s first African-American basketball coach. This shouldn’t be a protracted search — just as it wasn’t to hire Smith, Guthridge and Williams. Only Doherty was a second choice when Williams’ turned down UNC’s first overture out of loyalty to his current employer and players.

UNC named Everett Withers interim head coach in 2011, but he was let go after one year. He had been the defensive coordinator until the sudden dismissal of Butch Davis over a scandal days before fall camp opened, but otherwise the school has a poor record hiring minority head coaches.

The school and coach that brought Charlie Scott into the ACC shouldn’t have a poor record on coaches. Duke,, N.C. State and Wake Forest have all had Black head coaches in football or men’s and women’s basketball.

North Carolina, as an institution, has worked to ameliorate its segregated past, tearing down the statue of Silent Sam and taking the names of white supremacists off buildings.

Hiring Davis will be a stronger statement. It will demonstrate overcoming subconscious or conscious bias that too often tempers a Black coach’s candidacy. College basketball has long been dominated by Black athletes but there are only 13 Black head coaches among the 77 major college basketball programs. The university presidents and athletic directors making the hires are mostly white.

Before Davis joined Williams’ staff, he was enjoying a thriving TV analyst career at ESPN for seven years. He took on more responsibility with each season. He coached the JV team, which may not sound like much, but Williams was a Smith JV coach as a steppingstone to his career and earning Smith’s recommendations.

Stevens, Few and Wright have already rejected other high-profile college jobs. North Carolina is already a Blue Blood without hiring one of them.

Davis has paid his dues without the 50-yard head start white coaches have had the late John Thompson explained in his 2020 biography, “I came as a Shadow.” Thompson had only been a high school head coach when Georgetown hired him in 1972 and he elevated the Hoyas program from a lowly mid-major to a national power.

Thompson was succeeded by long-time assistant Craig Esherick, his son John Thompson III and then Georgetown brought home former player Patrick Ewing for his first job as a head coach. Ewing had been an NBA assistant.

Michigan brought home former player Juwan Howard as head coach two years ago after seven years as an NBA assistant. He led his alma mater to the Elite Eight in his second year.

In other words, Ewing and Howard were two of the 13 Black coaches at major schools last year partly because their alma mater trusted them to bring them home. They didn’t let conscious or subconscious emotion skew the order of succession.

For those who feel white racial animus when a African-American receives a chance, it’s important to understand college rosters were mostly white and coaching staffs virtually all white until late into the 1980s. Indiana’s vaunted 1976 unbeaten national championship team had only five Black players out 12 without a Black assistant. Smith’s UNC 1982 national title had seven Black players out of 15 without a Black assistant.

In other words, opportunities for Black players to evolve into coaches were limited until recent decades. It takes time to change attitudes.

Hubert Davis is the No. 1 candidate for the Carolina Way and the Smith legacy.

Maybe he’ll fail. Just as Matt Doherty did. Or maybe as Wes Miller or Jerod Haase might stumble.

Skin color shouldn’t be factored into a candidate who has paid his dues.