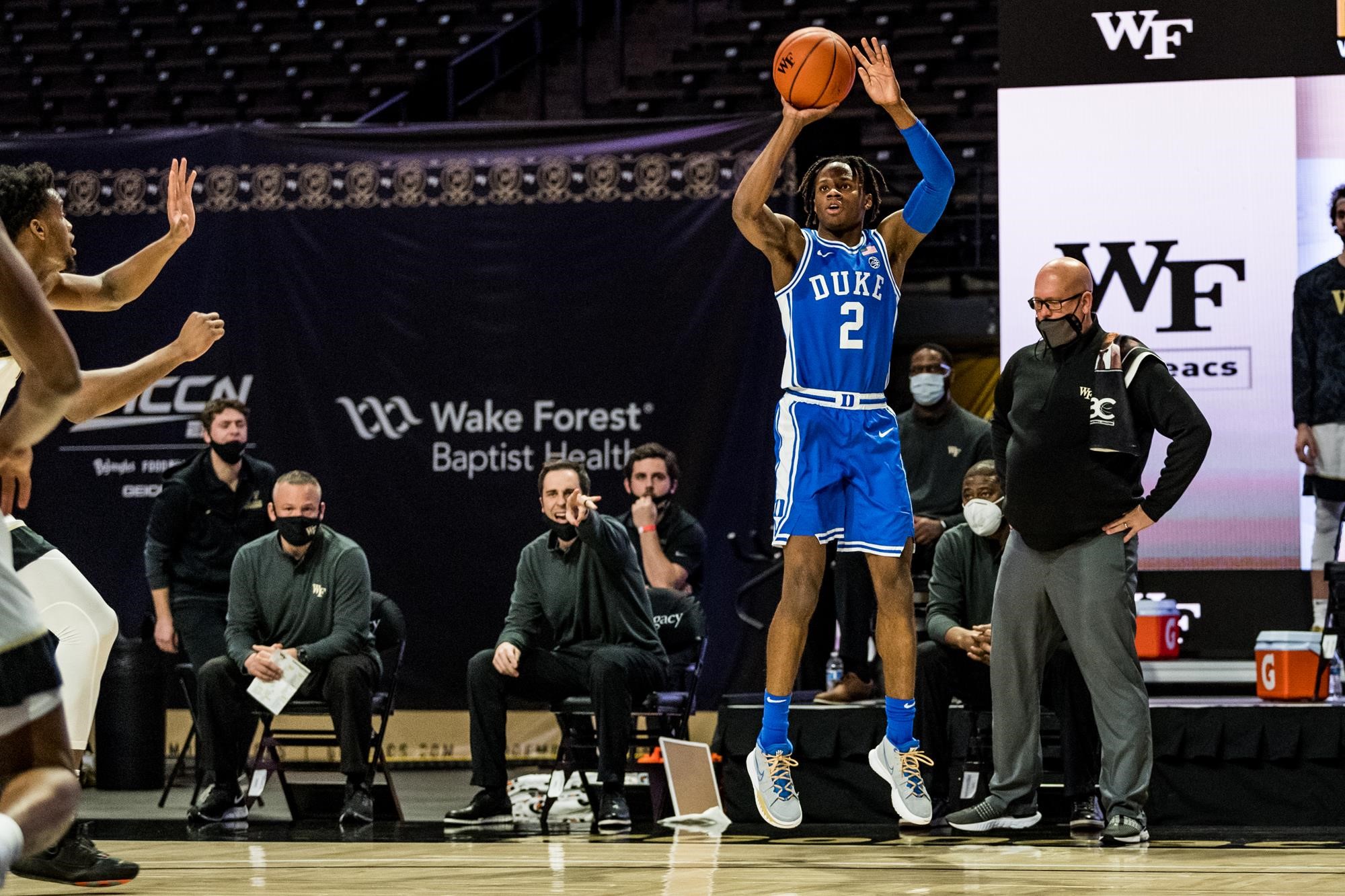 “Reports of my death have been greatly exaggerated.” — Duke basketball (with apologies to Mark Twain).

A week ago, college basketball gave up Duke for dead following a third straight defeat that included a second in a row allowing 90 points. Blue Devils coach Mike Krzyzewski sounded resigned to their 24-year NCAA Tournament streak coming to an end.

“They’ve formed a little chemistry,” Krzyzewski said of a new lineup clicking with center Mark Williams. “I think when you play that hard on the defensive end, you play better offense. You’re more physical and you run the offense harder. You can’t play that hard on defense and then not play hard on offense. I think that’s the other key – they’re just playing hard and I think it’s translated. They’re sharing the ball. To have 17 assists and only six turnovers is a really good performance.”

Not even the sudden departure of 5-star recruit Jalen Johnson – who declared Monday for the NBA draft, ending his season — disrupted Duke. Nor was Wake Forest’s Jalen Johnson, the graduate transfer from Tennessee who comes off the bench, an obstacle.

Williams’ late-season improvement to earn a starting role has helped sophomore Matthew Hurt at both ends of the court.

Hurt’s outside presence has also opened the court, allowing for more slashing from the guards. Freshman D.J. Steward scored 16 points, junior Joey Baker 12 off the bench and sophomore Wendell Moore 11.

Both of the above explain Johnson (6-9, 215) coming off the bench in his last two games, playing only 15 minutes against Notre Dame and nine against N.C. State. Johnson, though, wasn’t the elephant in the room after the game.

The reaction from the players and Coach K demonstrates we’ve entered a new era in college basketball. It has become accepted for the elite recruit projected as a one-and-done to weigh his pro future over the team’s finish to the regular season.

“That’s my main guy,” Steward said. “He pretty much recruited me to come here. We’ve stayed in contact. He made the best decision for himself. He’s getting a lot of backlash for it. We’re supporting him 100 percent with this. We’re looking to go forward and we know he supports us as well.”

Krzyzewski, who turned 74 the day of the N.C. State, continues to keep up with the times. He also did so when he began recruiting one-and-dones rather than losing them to other schools.

“Our team loves Jalen,” Coach K said. “He’s a brother to these guys. For Jalen and his family, they were great – we talked. I’m a coach because of players, and these kids should have the choice to do whatever they want. We’re going to give them our guidance and talk to them about it, and then I’m 100 percent behind him.

“Our guys have followed up with that too. Especially with the pandemic, these guys have really gotten close. They haven’t been able to make friends anywhere else, so they’ve really developed a family atmosphere. We’re all supportive of Jalen and his family.”