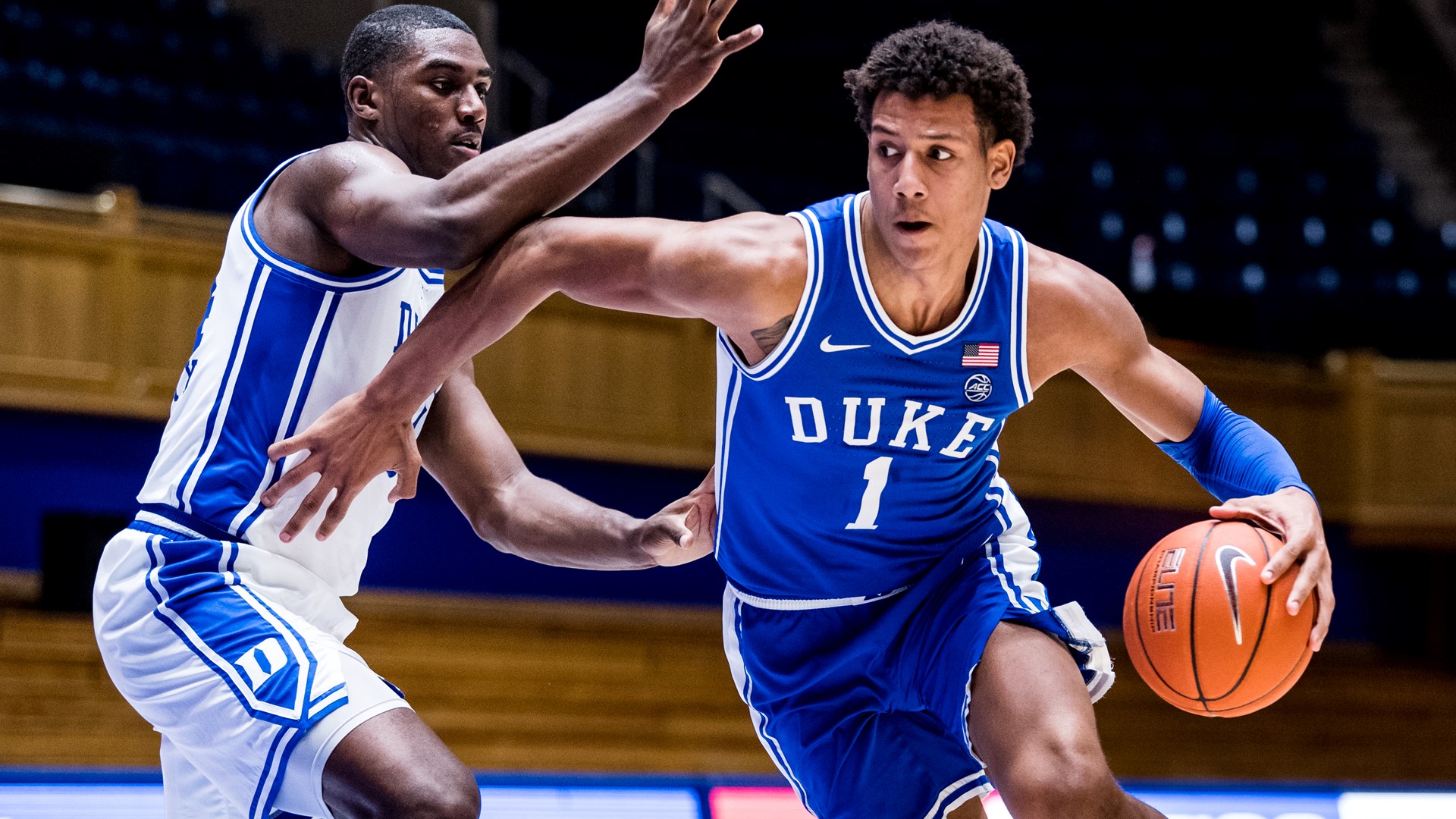 Jalen Johnson came to Duke for the chance to learn from basketball sensei Mike Krzyzewski and enjoy the marquee games. He’s expected to open the season as a starter for the blueblood program after he was named a preseason All-ACC first-team pick.

“If you’re playing for Duke basketball, there aren’t many bigger blessing than this. ” said Johnson, a 6-foot-9, 220-pounder from Milwaukee. I’m just going to embrace it and not take it for advantage and keep working from there.”

Shortly after Johnson wrapped up a Zoom call Wednesday afternoon he learned his first marquee game against Michigan State on Dec. 1 will be played in Cameron Indoor Stadium.

The No. 13-ranked Spartans and No. 9 Blue Devils were scheduled for Dec. 1 in the annual State Farm Champions Classic, but instead of playing as part of double-header with Kansas and Kentucky in Chicago, it was announced Wednesday the Michigan State-Duke game will be played in Durham at Cameron Indoor Stadium due to the COVID-19 pandemic.

He might find himself matched up against the Spartans’ Joey Hauser, a 6-9, 220-pounder from Stevens Point, Wisconsin. That’s college basketball. Pro basketball — playing overseas out of high school until eligible for the draft as LaMelo Ball opted last year — can wait.

Johnson looked forward to watching the draft with teammates to see where three Duke players are taken: Tre Jones, who left after his sophomore year, and two one-and-dones, Vernon Carey and Cassius Stanley.

“I’d say the opportunity to play for Coach K,” said Johnson of what he values about playing college basketball. “To see his rich history and see what he’s done with his past players. I found that more appealing. I think I can take the education and a degree over going to get $500,000 real quick. I do that any day of the week. I’m happy with the decision I made. If I had it to do again, I’d do the same thing.”

Duke, ranked No. 9 in the preseason AP poll and No. 8 in USA Today, is scheduled to open the COVID-19 pandemic delayed season on Nov. 25 against Gardner Webb at Cameron Indoor Stadium. The Blue Devils ALSO play at home Nov. 28 against Coppin State.

Johnson is known for shooting and passing and his versatility to play outside. That was by both design and a late growth spurt. He grew up playing a lot of guard until his growth spurt took him to 6-7 in 10th grade. But his father, Roderick Johnson, also emphasized ballhandling based on his own college career as a 6-6 post player at Wisconsin-Milwaukee.

Johnson is one of six Duke elite recruits about to make his debut along with combo guard D.J. Steward, point guard Jeremy Roach, forward Jaemy Brakefield, center Mark Williams and forward Henry Coleman. But of Duke’s latest fab frosh class, only Johnson was named to the preseason All-ACC first or second teams.

In fact, Johnson was the only Duke player named to the first team. Sophomore Wendell Moore was voted to the second team, while Johnson, Steward and Roach were honored on the freshmen team. Johnson has explosive scoring ability, but once the Blue Devils began formal workouts, the coaches have learned passing ability was underrated in high school.

Johnson’s versatility to play inside and outside and find the open teammate has drawn high marks from the coaching staff.

“I think honestly my versatility is going open up much more for great scorers, the great three-point shooters, we’ve got on our team right now,” Johnson said. “My versatility opens up so many opportunities and options on the floor. It helps me create for others and myself. Not many people expect me to do be able to do some of the things I’m capable of doing, so I catch some teams off-balance, off-guard.”

The media and Raye of Light