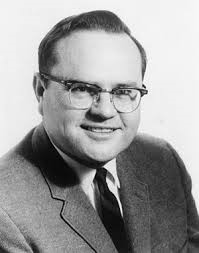 William “Nay” Thornhill knew the identity of the Roanoke, Virginia, sportswriter that called Michigan State’s football office in 1962. For years it was a mystery who offer the Spartans a tip on their future legendary linebacker.

Thornhill, who died in 2006, was an All-Big Ten linebacker and inspiration leader on the Spartans’ 1965 (UPI coaches poll) and 1966 (National Football Foundation co-champions with Notre Dame). He led the team in tackles both years, cleaning up plays as opponents tried to avoid All-American defensive end Bubba Smith and All-American rover/linebacker George Webster.

It’s true Bryant had met Thornhill when he was the keynote speaker at a Roanoke college and high school football post-season awards banquet. And it’s true Namath was denied admission at Michigan State, but he didn’t go directly to Alabama. First, Namath tried to gain admission at Maryland. When denied there, Namath says in print and film Maryland coach Tom Nugent sent him to Bryant.

Bryant also says in his 1974 book, Bear, with John Underwood, Nugent called him. Neither Namath or Bryant mention Daugherty played a role.

Nay Thornhill joined his family attending the banquet that honored Charlie as the area’s Back of the Year. He was the first African-American honored on the paper’s high school awards teams, thanks to McLelland.

“This man stuck his neck out pushing for Black causes,” Nay said. “Bob could have lost his job in those days. He said it wasn’t right that Black kids weren’t being considered.”

Nay added Charlie had committed to Michigan State by the time his brother met Bryant at the banquet. He explained Bryant’s comments were limited to congratulations.

“Bryant told Charlie Duffy was a good man and he made a good decision,” Nay said.

In addition to Nay, Charlie’s two sons who played at Michigan State, Josh and Kaleb, both said their father never mentioned Bryant played a role in his college recruitment. Nay also said as the myth spread over the years, Charlie grew irritated with people bringing up the subject as if it was a true tale.

No fictional story did more to steer credit away from Michigan State’s Underground Railroad players of the 1960s falsely to Bryant.

Daugherty’s teams were known throughout the South for recruiting Black athletes dating to the Spartans’ 1954 and 1956 Rose Bowl victories on national TV. Bryant, as late as the 1960s, admitted in a court deposition with Civil Rights attorney U.W. Clemon he was unaware of academically qualified Black athletes. Bryant was sued in 1969 by the Alabama’s Afro-American student association.

McLelland did more to promote Thornhill than breaking precedent on the high school all-star team.

“I listened and he said, ‘Charlie was picked as Back of the Year. Remember, he’s black. He’s the first black player ever picked for this award.’”

Essentially, McLelland’s tip was an extension of Daugherty’s Underground Railroad network of southern Black high school coaches. There were good people in the South that didn’t follow the crowd and understood the injustice of segregation. Ernie Pasteur was from Beaufort, N.C., in the 1963 recruiting class, but a white coach in neighboring Morehead City contacted Ernie’s high school coach and said he wanted to let Daugherty know about Pasteur.

Daugherty befriended the coaches at a late 1950s clinic in Atlanta. When he saw the Black coaches were denied entrance in the Jim Crow city, he put on a separate free clinic for them. It went over so well he continued the practice. A network was borne.

Apparently, McLelland never sought credit or praise for his good deeds. He did it because it was the right thing to do. Otherwise his story would be newsroom lore at the Roanoke Times and in the Roanoke sports community, but the years later the identity was a mystery to the former and current writers.

To believe the long-standing myth Bryant sent to Daugherty Thornhill and other players, is contradicted on many levels.

Bryant was proven to have little to no knowledge of Black athletes at Alabama high schools. He was sued by the Alabama Afro-American Student Association in 1969 for failing to recruit black athletes at a desegregated university that had admitted its first black students in 1963. In other words, the football team remained segregated; the university was not.

U.W Clemon, a Birmingham Civil Rights attorney when he took the case, has said on video and in printed reports that Bryant told him during discovery he couldn’t find any qualified Black athletes. Clemon also determined Black high school coaches did not believe Bryant was serious about recruiting black players (the case was dropped when Bryant signed Wilbur Jackson in his 1970 recruiting class).

Another item to note: Of the 44 players Daugherty recruited from the South between 1959 and 1972, none were from Alabama. How can one believe a story about Bryant knowing the talent of a Virginia Black athlete when he was unaware of Black talent in his back yard?

The myth also is problematic for portraying Daugherty as simply answering the phone and granting scholarships to prospects sight-unseen. Carillot, though, says he had to push Daugherty to offer Thornhill a scholarship. Daugherty was concerned about Thornhill’s 5-foot-9 height. But Carillot said Thornhill was Olympic weightlifter without ever lifting weights.

McLelland, who worked for the Times and defunct World News from 1949 to 1980, had seen Thornhill’s talent and power while covering games. In those days, Roanoke’s white high schools played at Victory Stadium on Friday nights and the Black high schools on Saturday nights. But as the legend of Charlie “Big Dog” Thornhill (he was nicked Mad Dog at Michigan State) grew, white fans began to attend Addison games. White fans sat on the west side and the black fans on the east side.

Thornhill, a thickly muscled player whom Michigan State recruited as a fullback before switching him to linebacker, rushed for 1,000 yards three straight years. He led Addison to three league titles and a 25-game winning streak. During his junior and senior years, he was the area’s leading rusher and scorer.

“I wish they had film back then of him as a running back,” Nay said. “He used to break up the middle and then head for the sideline. One game two guys hit him at the 15-yard line, but he kept running. He was still carrying those two guys when he got hit at the 5-yard line by another guy. He carried all three of them into the end zone.”

As goes the old joke about a bruising fullback, Charlie could have called out to the tacklers going for a ride, “Tickets, please.”

The play astounded fans, but Nay, who worked for the House of Representatives at Michigan’s State Capitol, had seen something like it before. He remembers when he was 9 and Charlie 14 and they helped their big brother Waverly move a refrigerator down a narrow stairway.

“Three people couldn’t fit in the stairway,” Nay said. “Charlie said, ‘Just put it on my back and I’ll carry down.’ I saw him do that and I said, ‘Wow! That is a man I don’t ever want to mess with.’ ”

“There was a store down the street from where we lived in the projects,” Nay said. “The store owner, a white guy, used to give Charlie ice cream – one scoop for every touchdown he scored. He also bought Charlie his class ring.”

By Thornhill’s senior year, other voters agreed with McLelland that “Big Dog” deserved to be the “Back of the Year.”

“I really believe that Charlie might not have gotten that award if Bob McLelland hadn’t been pushing for kids in earlier years and Charlie in his junior year,” Nay said. “He said you cannot keep denying these young men these awards.”

The Thornhill and McLelland families remained close. McLelland’s career ultimately was recognized when he was enshrined in 1998 as a media member in the Virginia Sports Hall of Fame, although the story about Thornhill that was one of his proudest moments wasn’t listed in his biography.

“I remember when our mother passed,” Nay said. “I was with Charlie at the funeral when we saw Bob McLelland’s wife enter and sign the book. Bob had passed by then, but his wife came to our mom’s funeral. We saw her and gave her hugs.”

The impish Daugherty himself may unwittingly be guilty of adding to the Bryant myth that steered credit away from himself and McLelland.

In 1986 Daugherty (who died in 1987), told a San Francisco United Press International sportswriter:  “So I called Bear Bryant down at Alabama and told him he should take a good look at (Namath). Well, a couple years later Bryant called me up and told me about Thornhill. He (Bryant) had already talked to him about coming to Michigan State so when I called, he was all ready to come and play for us.”

Daugherty’s quote contradicts the accounts of Nay Thornhill and Vince Carillot as well Bryant and Namath. There is no better validation than from the mouth of four horses.

Daugherty likely gave the quote to protect the image of his old friend. Bryant, following his death in 1983, was under increased scrutiny for dragging his feet on integration. Alabama’s student body integrated in 1963, but Bryant didn’t recruit a Black player until 1970, after Alabama’s public schools were desegregated in the 1968-69 school year.

It’s important to debunk this myth because to accept it is to diminish the leading role Daugherty, his player and the southern Black high school coaches that laid the tracks played in the integration of college football.