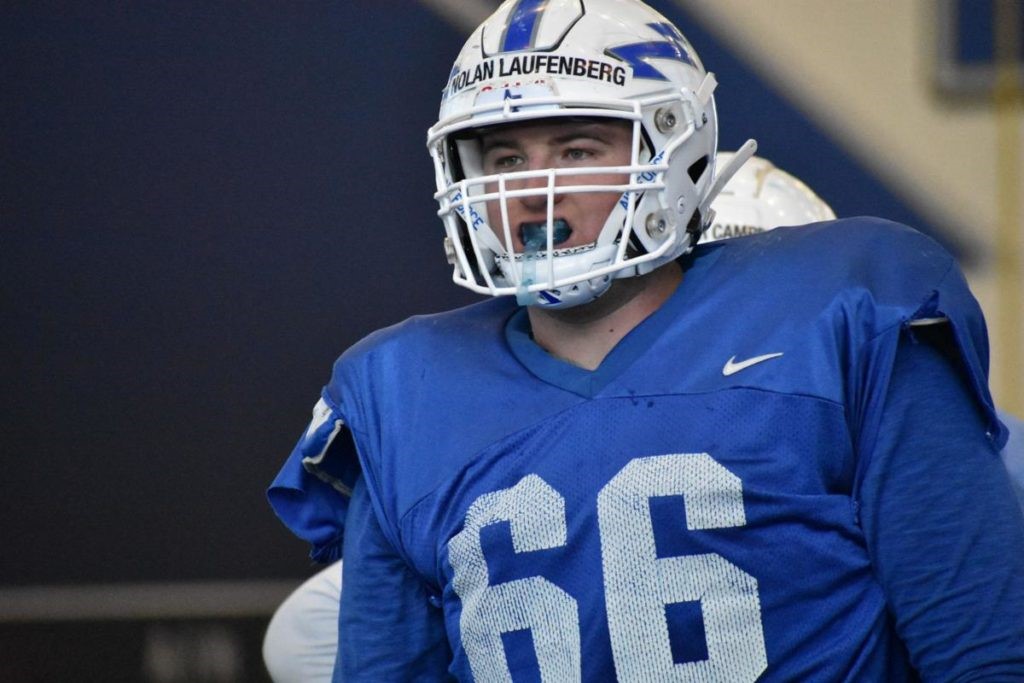 Navy travels to Air Force Saturday for the first round of the Commander-in-Chief’s Trophy rivalry. It’s a meeting unlike any other in the series, although that goes without saying in the COVID-19 pandemic-impacted season.

Unusual factors to weigh include Air Force playing its season opener, while Navy (1-1) is entering its third game.

When the Mountain West Conference postponed its season to the spring, it made an exception to allow Air Force to play its two CiC games against Navy and Army. But a month later the MWC followed the Big Ten by reinstating its fall season.

Meanwhile, the American Athletic Conference, which includes Navy, never shut down its season. The Midshipmen opened their season Sept. 7 with a non-conference loss at home to BYU (55-3) and opened AAC play last Saturday at Tulane with a 27-24 victory.

Air Force senior wide receiver Ben Peterson said there are variables, particularly the Falcons having two games of Navy film to study while the Midshipmen don’t know what to expect from an inexperienced roster. The Falcons also won’t enjoy the home field advantage of a full stadium; only the academy’s Cadets are permitted to attend.

“There are a lot of factors that go it,” Peterson said. “When it comes down to it, it’s 11 guys on offense against 11 guys on defense. I don’t think it will play too much into it. Anytime you play a service academy game, it’s big no matter how many wins a team has.”

Although the Army-Navy Game is the historic and the marquee event of the CiC rivalry, players for both Army and Navy have long said the hitting is just as fierce when they face Air Force.

But as for other variable from a normal season, Air Force is adapting to more changes than most programs.

The Falcons released a depth chart with 32 names missing from what was expected to be the fall roster based on spring drills. The Colorado Springs “Gazette” reported 40 “turnbacks,” a term for Cadets taking a semester off. But Air Force coach Troy Calhoun hasn’t commented on the reasons for the turnbacks.

The result is a young roster with four freshmen and six sophomores on the two-depth depth chart. Academy teams, which win with lightly recruited athletes that develop into overachievers, typically win with juniors and seniors.

On offense, senior left guard Nolan Laufenberg is one of three returning starters along with senior left tackle Parker Ferguson and running back Kadin Remsburg.

Donald Hammond III was expected back as a senior starter at quarterback, but in July the academy announced Hammonds was no longer a cadet in good standing. The depth chart lists as the starter sophomore Haaziq Daniels “or” junior Warren Bryan.

“We’re here to compete regardless of who we have on the field,” Laufenberg said. “We’ll be ready to play this year. Right before fall camp started we didn’t know if we’re having a season. I think we’ll do great regardless if we’re young or old. The coaches are preparing us well for these games.”

The truth about Jerry Coleman and Ted Williams’ respect for him